Editor’s Note: This whiskey was provided to us as a review sample by the Cascade Hollow Distilling Co. This in no way, per our editorial policies, influenced the final outcome of this review. It should also be noted that by clicking the buy link towards the bottom of this review our site receives a small referral payment which helps to support, but not influence, our editorial and other costs.

At a guess, I’d say that a fair number of readers have had a bottle of George Dickel in some form on their shelf–myself included. Dickel’s combination of quality and value means a lot. Personally, I lean towards the rye, but have also delved into other offerings from the brand. In any case, enter their newest foray, Cascade Moon Editions, a line bringing forth higher end and further curated whiskies from the company.

Cascade Moon Editions is the new premium label from the Cascade Hollow Distilling Co., which produces George Dickel and was formerly known as the George Dickel Distillery. For this review, we take a look at the Cascade Moon Edition Number Two. As the name suggests, yes, there was a first edition. It was an 11-year whisky produced with the idea of representing a gose beer, and retailed for about $100 per 750ml.

The second edition, however, is a great deal more ambitious. This one was aged about 17 years and goes for about $250 per 750ml bottle. As the story goes, the whisky is a small batch curated around the very first barrel of Tennessee whisky filled after the distillery returned from shutdown in 2003. As a small batch, this release contains a blend of juice from less than 20 barrels.

One way that Cascade Hollow sets itself apart from the pack is that they believe their whisky should all age at the same height so that temperature does not affect the taste. The whisky warehouses are all one story instead of several like other Tennessee whiskey makers. They believe this leads to a more consistent, mellow flavor.

The Dickel brand made a mark in 2019 with their release of a Bottled-in-Bond version of their Tennessee whisky, to much acclaim. Given their success, it’s of no surprise that the company is now building on that success with the new premium Cascade Moon Editions brand. 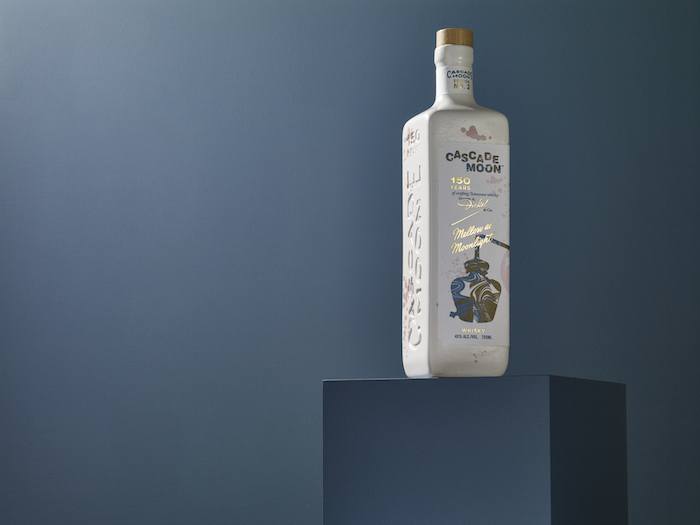 Appearance: A mix of red and brown, but a touch more on the red side of things. At a glance, this one seems pretty light bodied, however in the glass, there are many prominent legs upon a swirl.

Nose: A touch astringent and boozy. However, give it a moment and the orange candy peeks its head out. Upon further investigation I was able to pick up subtle notes of honey and baking spices.

Palate: Medium bodied and full of caramel. The finish is certainly short, but there’s definitely a hint of Earl Grey tea in there. The middle is tough to discern, but there are elements of citrus and oak.

This was a fun one. The first read on things was somewhere between Bourbon and Tennessee whiskey, which was no surprise. The caramel and citrus notes were great, plus the right amount of oak.

I'll admit to being a tad bit curious as to the mash bill on this one. Is it more towards #12 or to the Bottled-in-Bond? In any case, I look forward to where this series goes towards. However, at the end of the day, this is a bar sipper and not so much for a bottle purchase.

3.5
User Rating ( votes)
Sending
2
Shares
1.8k
Views
Share on FacebookShare on TwitterGet Our Newsletter
Cheers to the Dads! Personalize a bottle of his favorite whiskey to create a modern gift for the modern man. Use code: FATHERSDAY20 for $20 off your next order of $100 or more at ReserveBar