Caol Ila (“Cull Eela”) is a staple powerhouse of Islay scotch whisky. Now owned by Diageo, it is the largest producer on Islay in terms of quantity. The whisky that isn’t placed into Caol Ila single malt bottles goes into Johnnie Walker or other blends, because the beautiful balance of peat adds a wonderful complexity and mystery where needed. In fact, it’s importance in the blended Scotch world is indeed the reason for Caol Ila’s modern day success. However, the Caol Ila 12 being reviewed here, along with their 25-year and unpeated releases (that’s right, they have unpeated whisky too!), is the reason Caol Ila shines in the public eye.

Originally built in 1846, it is argued that this distillery has the best view on Islay as it overlooks the Sound of Islay from which it receives it’s namesake. It was rebuilt in the 1970’s as blended Scotch demand increased, with another equipment and production expansion in 2011. Located just feet from the salty ocean waters, four large pot stills operate at 50% capacity 24 hours a day [2]. This low fill allows for high copper contact and plenty of interaction time within the still. Larger, tall stills also help reduct phenol content. A tribute to style and taste, this method helps give Caol Ila it’s distinctive ‘balanced’ reputation, where big flavor is carried through with every smooth sip.

Of the single malts that Caol Ila produces, their 12-year is the most common in the United States. It is also a wonderful warm up to the bigger, more aggressive single malts found on the southern coast of Islay. It has won several awards, such as best 12-year-old single malt in 2014. Remember, this is still a big peated single malt from Islay, but it is a beautiful representation of the category and one that should be sampled by all whisky lovers. 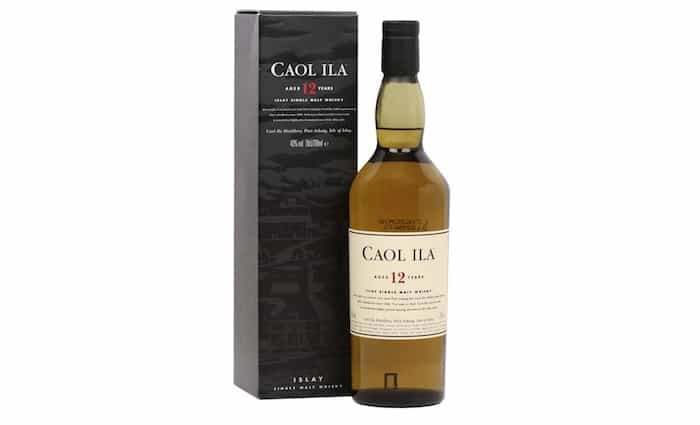 Nose: Peaty and fresh. Salty green vegetables or seaweed with a slight sweetness akin to honeydew melon. A hint of green nuts.

Palate: Beautifully smooth, and challenging to comprehend the complexity. Flavor bomb that starts and ends with peat in a dancing way. Oily and uplifting, with a texture that reaches all parts of the palate without being overbearing, which gives it a perceived lightness. Phenolic citrus and a long, smoky finish. Once again, incredible balance.

Caol Ila 12 holds up to expectations. It initially starts off with a reminder, saying "Hey! I'm an Islay single malt!" But as you become accustomed to the peat, a world of complexity unfolds. Salinity, greens, and smooth character make this an exceptional spirit and an ideal representation of the category. I would recommend tasting it next to other Islay whiskies for a fun comparison, to help highlight the particular styles of each distillery. This is definitely a Scotch worth trying for all whisky drinkers.