Editor’s Note: This whiskey was provided to us as a review sample by Bastille 1789 Whisky. This in no way, per our editorial policies, influenced the final outcome of this review. It should also be noted that by clicking the buy link towards the bottom of this review our site receives a small referral payment which helps to support, but not influence, our editorial and other costs.

If you haven’t already heard about the French whisky scene, you’re missing out. France is now home to are 32 distilleries and counting, and 750,000 bottles of French whisky are sold each year. It should be no surprise, as France is one of the top whisky drinking countries in the world, clocking in at number one by capita, study after study. How many of you thought it would be the United States?

Bastille 1789 Whisky is one of the French whiskies imported to the U.S. by Heavenly Spirits, along with Armorik. The Bastille lineup includes a blended whisky as well as a single malt; the latter is the focus of this review.

The family behind Bastille 1789 Single Malt claims four generations of distilling heritage. After years of producing Cognac, brothers Jean-Marc and Edouard Daucourt were eager to explore the Celtic side of their heritage (they were born to an Irish mother and a French father) and try something new. They partnered with their nephew, Charles Daucourt, to create the Bastille 1789 line of whiskies at their Maison Daucourt distillery.

The whisky is distilled entirely from malted barley grown in northeastern France, fermented with a cultured yeast strain that dates back 120 years, and double-distilled in Charantais copper alembic stills, the traditional equipment for making Cognac. 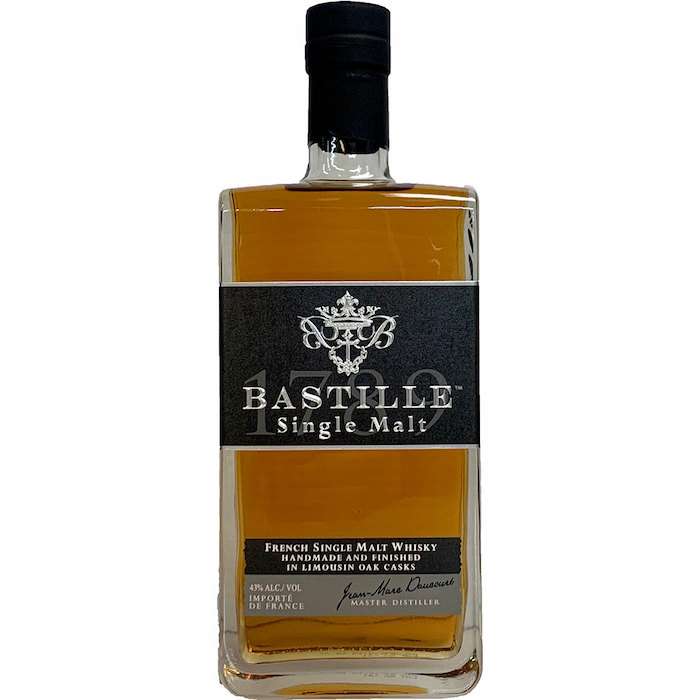 Vital Stats: Distilled from 100% malted barley, and aged in Limousin oak barrels which had previously held Sauternes, red Burgundy, and sherry. Imported to the U.S. by Heavenly Spirits. 86 proof. $57.

Nose: Strong on alcohol. It’s also sweet and herbal. Getting past the heat I detect cherry, bruised stone fruit, a little smoke, and peat. The nose is very pleasant.

Palate: The palate on Bastille Single Malt is slightly different from the nose but also very pleasant. It’s woody and floral. I taste peat, oak, maple, and a touch of smoke.

Peat is the predominant flavor, but it's not overwhelming. If you've followed any of my whisky reviews, you know I'm not the biggest fan of peat, but I really loved this one. It's simple and delicate. It also has a good mouthfeel. If you're into French whisky or Scotch, I would recommend giving this one a try.