Editor’s Note: This whisky was provided to us as a review sample by Ardbeg. This in no way, per our editorial policies, influenced the final outcome of this review.

Apparently there’s a party I’ve been missing out on. It’s called Feis Ile Festival and it features Ardbeg along with culture and spirit of the Scottish island of Islay. I would like to experience whatever that may look like one day, but for now I will be imagining as I sip on a sample of the Ardbeg Drum. Sometimes we must settle for the next best thing.

Islay, where the Ardbeg distillery resides in a scenic cove on the southeast side, has only 3000 residents. A sort of virtual population is out there which swells this number though – the Ardbeg Committee. The Ardbeg Committee can be joined on their website and gets you access to special releases, along with what I’m sure is a cordial invite to Ardbeg Day. This year it is held on June 1st and includes regional events so that you can join the celebration without traveling all the way to Scotland.

The Ardbeg Drum Edition is the 2019 release for The Ardbeg Committee. While the public will be able to find a lower proof version later, May 1st saw the availability open up to committee members. The Drum features a decorated label to align with the Feis Ile Festival it goes along with. It clocks in at 52% ABV and is non-chilled filtered, peated and undoubtedly a characterful Ardbeg. Primary aging in ex-bourbon casks, but then finished in rum casks to provide a very exciting whisky. 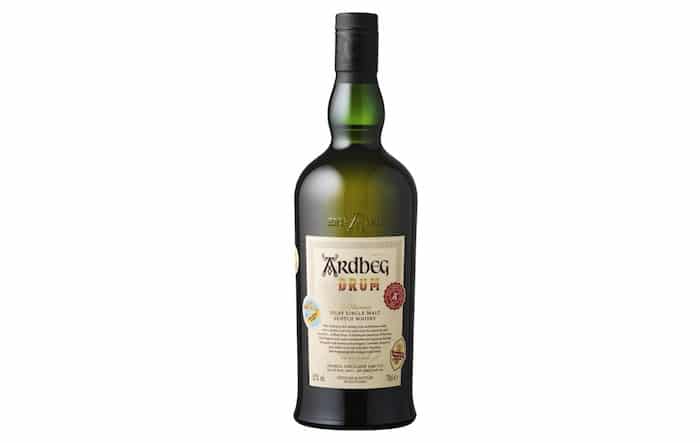 Nose: Big peat and iodine, which you quickly become accustomed to. Next to discover is a different type of smoke that is a bit more like a BBQ, likely from the ex-bourbon cask. Warm vanilla and light spice emerge along with buttermilk, manchego cheese, green bell pepper, and red fruits, all in a wonderfully delightful harmony.

Palate: Surprisingly smooth and light, but incredibly savory. Big peat presence again, and with some lemon peel, milk chocolate and stone fruit. It finishes with almond, cinnamon, clove and raisins, and plenty of smoke!

Really rather incredible! It’s also unique. There are other rum finished Scotch whisky releases out there, but I haven’t had one with such a peat influence. It mingles in a way that you wouldn’t expect. For me, it produces a savory cheese note that I personally love. A very fun release, it isn’t something for the every day, but the personality behind it is likely very representative of the festival it was created for!