Editor’s Note: This whisky was provided to us as a review sample by Ardbeg. This in no way, per our editorial policies, influenced the final outcome of this review.

This whisky almost didn’t exist, but be thankful it survived.

A while back we announced that Ardbeg was releasing the third edition of its Twenty Something Scotch line, this one being a 22 year expression coming in at 46.4% ABV and selling for around $575 USD. We were able to get our hands on some for those interested in what the whisky that kept this once struggling distillery alive tastes like today.  I for one am very happy Ardbeg came back from the brink, and this dram is a great example of why.

For those doing the math, a 22 year Scotch puts this bottle being distilled in the spring of 1996, just before Glenmorangie purchased the distillery and officially reopened it after several closures. That means this expression is one of the last available made with the old equipment, including the now retired still that stands on display in the Ardbeg courtyard.  Being that this was made at the brink of its demolition, the distillery team was the same that ran Laphroaig.

The story goes that during Ardbeg’s closure, the team at Laphroaig would trek down to Ardbeg to run the stills for just a couple weeks per year, just enough to not let the equipment rust and rot away. That makes this whisky one of the rarest in the distillery’s history, and as Ardbeg Distillery Manager Mickey Heads says, “this bottle is a magnificent reminder as to why Ardbeg should never be allowed to disappear”.

I couldn’t agree with Mickey more, this Scotch dances a line down your palate that is a list of contradictions so diverse it’s hard to believe. For those able to track down a bottle of this dram, I encourage you to do so – but as it was sold exclusively to Ardbeg Committee fan club members you may need to join their ranks first to see what’s left. 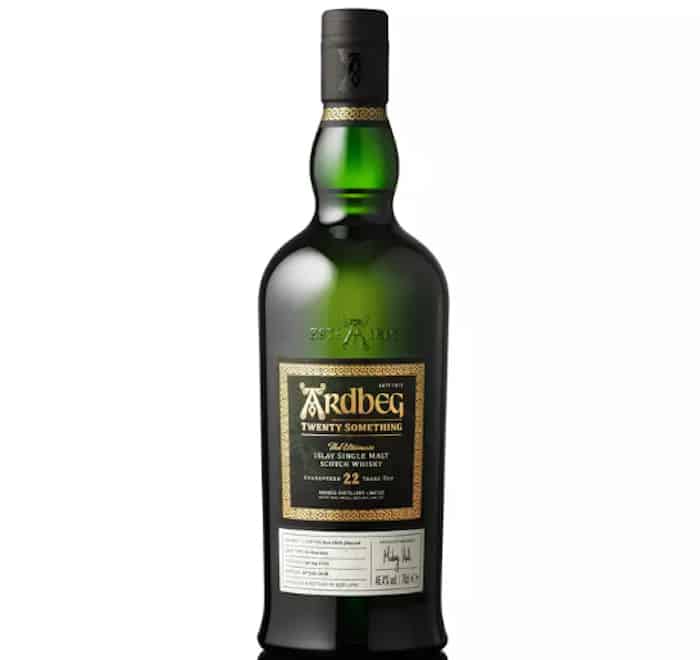 Nose: Gentle peat takes you at first, but is quickly followed by a soft floral bouquet with honeysuckle and alfalfa. There is a brightness that is hard to describe, but in the aroma of this scotch you can practically picture an Irish landscape on a sunny day with green rolling hills and a gentle creek.

Palate: The initial flavor is surprisingly absent, almost a fake out where you expect a big peat presence but instead you only get a hint of honeyed ham. The mid palate is where the smoke comes in, but it does so gently, so as not to overwhelm you. In the finish the alcohol makes itself known, lighting up your tongue and lingering for such a length as the flavors continue to develop you almost don’t want to take another sip, almost.

A fantastic scotch, with elements that nearly all drinkers will enjoy from the soft floral top notes to the gentle but strong peat presence. This is an excellent dram for both experienced scotch drinkers as well as a great introductory to the Islay style (although unfair to any you drink after).