Editor’s Note: These whiskeys were provided to us as review samples by Woodinville Whiskey Co. This in no way, per our editorial policies, influenced the final outcome of this review. It should also be noted that by clicking the buy links throughout this article our site receives a small referral payment which helps to support, but not influence, our editorial and other costs.

Woodinville is making it big. I mean, not yet, but they are definitely on the fast track. They have everything lined up – talked about products, awards, farm to bottle whiskey, and now they are owned by Moet Hennessy which opens up an entire world (literally) of distribution channels. For a project that started in 2010, it’s a pretty impressive growth curve.

Their story is a simple one and they like to emphasize the simplicity of it. The whole project was simply a dream between two best friends, and then they made it happen. This theme can be seen here and there in the craft spirits world but there are only so many who have been able to really excel. In my opinion there are two things that they really have going for them. The first is that they have a heartwarming and designated partnership with a farm about three hours from their distillery that supplies all of their grain. Some people do this, yes, but very few have the opportunity to scale and grow a brand (inter)nationally with this model. It’s a fantastic thing that supports sustainability and quality, and the consumer really latches on to the idea.

The second is thing is that the late Dave Pickerell consulted on this project. After Pickerell left Maker’s he consulted on a number of craft distilling projects and influenced the up and coming industry in a big way. In fact, he’s considered the founding father of craft distilling, so it goes without saying that if he helped Woodinville, they’re probably making something good.

Pickerell’s touch can be seen in several steps of the process. Properly air dried barrel staves are important, and they see that theirs go through at least 18 months of open air seasoning. A toast and then a char on the barrels adds depth and complexity to the spirit. The farm to bottle style is a huge assurance of quality and builds trust with the imbiber. And then there is a technologically sound distillery that uses a pot still with eight rectifying plates. Finally, the rickhouses are in the middle of Washington, which get’s some pretty wild temperature swings but never too hot. All of these things add up to a recipe for success.

So, they’ve got the accolades, let’s see how the whiskey tastes. For this series of reviews I’m checking out two of their bourbons. 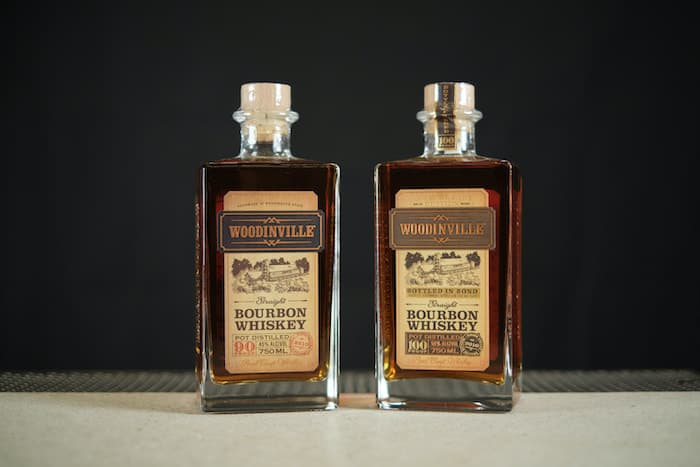 Palate: Nice and light, gently sweet and very quaffable. Still, it is balanced with richer notes of honey, custard, nutmeg and baked apple. It finishes sweet and chewy. While I don’t find anything incredibly exciting about this expression, it’s beautifully done bourbon and one that deserves the awards it’s won.

71
Shares
6.8k
Views
Share on FacebookShare on TwitterGet Our Newsletter
Cheers to the Dads! Personalize a bottle of his favorite whiskey to create a modern gift for the modern man. Use code: FATHERSDAY20 for $20 off your next order of $100 or more at ReserveBar