Editor’s Note: These whiskeys were provided to us as review samples by Sliabh Liag. This in no way, per our editorial policies, influenced the final outcome of this review. It should also be noted that by clicking the buy links towards the bottom of this review our site receives a small referral payment which helps to support, but not influence, our editorial and other costs.

Normally, when we hear the word “silky” in conjunction with whiskey, we’re hearing a description of the spirit itself. If the texture is silky, it’s light and soft, as opposed to being thick or harsh. But The Legendary Silkie Whiskey finds the origin of its name in a much different place.

The silkies (can also be translated as selkie), in legend, are seals that are able to shed their skin and become humans on land. These humans were beautiful and seductive, and formed relationships with the land dwellers. According to the distillery they would ultimately regain their original forms and “return to the sea leaving broken hearts.”

Sliabh Liag Distillers created this whiskey with the intent to honor their native Donegal. Whiskey production in Ireland is a proud tradition, spanning back as far as whiskey has existed (and they’ll fight you on that one). Donegal is no exception – but its specialty leaned toward the black market of whiskey and poitin production.

The natural terrain of the Sliabh Liag peninsula has had an isolating effect on Donegal and the surrounding area, which the distillery says offered protection from the law (and also a unique and ideal terroir for the spirits themselves). Because of this the bootleggers used better equipment and were able to make a better quality poitin than other parts of Ireland. In turn, the last legal distillery had to make a good and distinctive product to compete, making premium grain whiskey in high quantities. However, even with early success, that last distillery went silent in 1841.

Sliabh Liag Distillers wants to bring spirit success back to Donegal, and has established the first new distilleries in the area since 1841. Every product they make honors some element of the local culture and history. In addition to those heartbreaking silkies there is a poitin that honors the original, a gin named for a song between seaweed collectors, a vodka named for a local falls, and a single malt for the namesake Sliabh Liag peninsula. 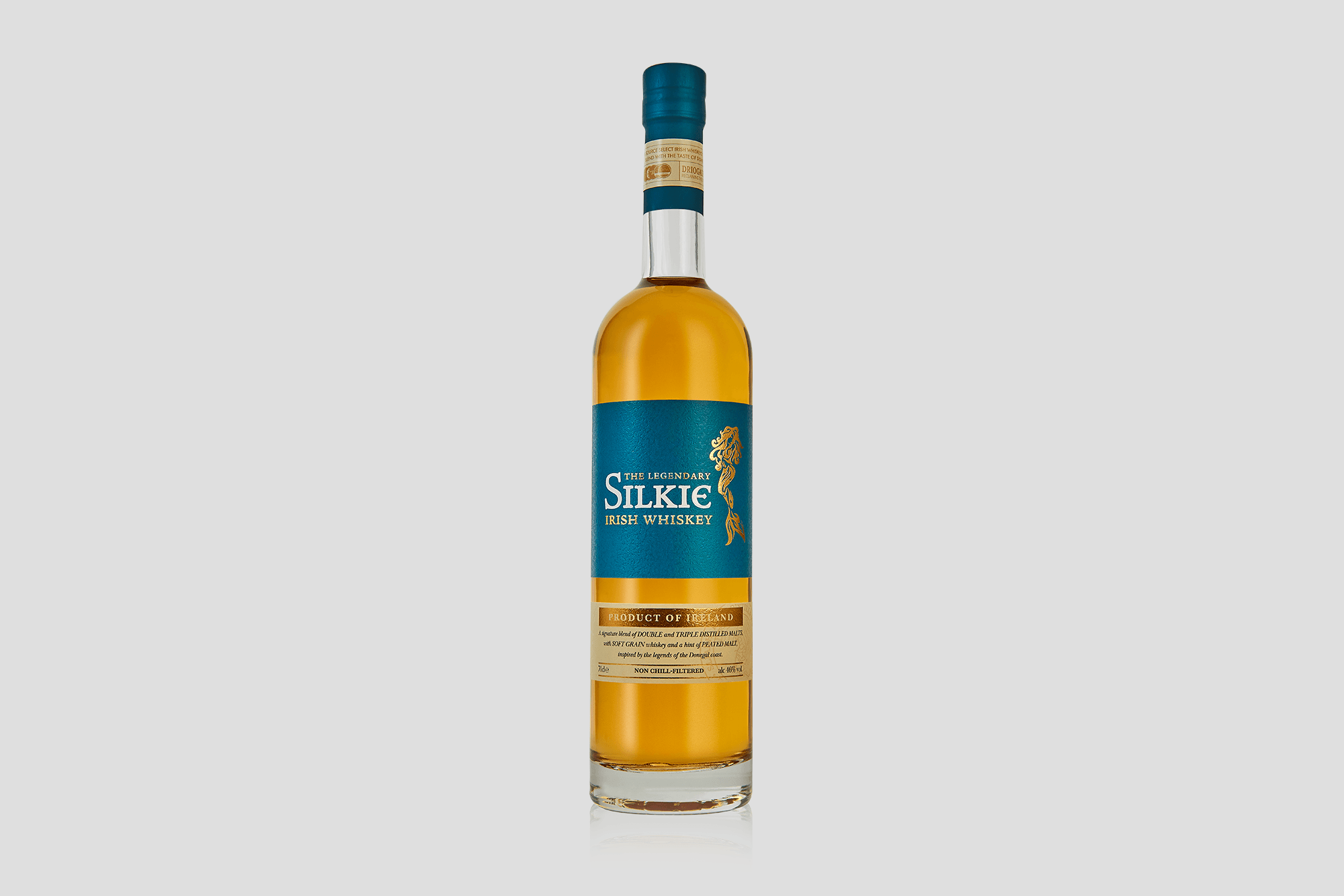 Nose: Herbal and menthol meet at the beginning, turning into the sweetness and tartness of cranberry and a little bit of sunscreen.

Palate: Not a lot of texture, rides the line between thin and thick. Light in flavor, smoke pops up about halfway through with tobacco notes, becoming pastry on the end with orange rind. A pleasant, bitter sort of amaro note runs throughout.

Appearance: Close to the original, about a shade darker and slightly golden. Notably less legs.

Nose: More of the sunscreen note comes through, a little musky, with a hint of smoke.

Palate: Similar palate, slightly thicker. More smoke comes through right away, less tobacco and more hickory. Warms up at the back with a touch of chocolate.

The Takeaway: The original Silkie is the more varied of the two, with some nuance and flow. The flavor profile doesn’t have a huge amount of variety or depth, but makes for a decent sipper. The Dark Silkie has a lot more heat (despite the identical ABV) and significantly more smoke, but falls a little flat overall.

7
Shares
2.5k
Views
Share on FacebookShare on TwitterGet Our Newsletter
Read More Whiskey News
Whisky Reviews: Puni The Italian Malt Whisky
Cheers to the Dads! Personalize a bottle of his favorite whiskey to create a modern gift for the modern man. Use code: FATHERSDAY20 for $20 off your next order of $100 or more at ReserveBar