Editor’s Note: These whiskeys were provided to us as a review sample by R6 Distillery. This in no way, per our editorial policies, influenced the final outcome of this review.

The whiskey market is saturated with new faces. Some of these faces are experienced professionals who are putting their hat in the ring under their own name for the very first time. Some are wet-behind-the-ears newbies making a go in an industry steeped in tradition and process. R6 Distillery is more of the later than the former. So how does a young company make its mark these days when they don’t have a background in distilling?

R6 Distillery was established in 2014. Their signature bourbon claimed the mantel of the first-ever bourbon to be distilled legally in Los Angeles. They diversified their brands in 2017 by acting as a partner for other brands, with a focus on contract production.

I sampled three distinctly different whiskeys as my introduction to this company. R6’s Straight Bourbon Whiskey is distilled from a mash bill of yellow corn, rye, and malted barley, then aged “a minimum of two years” in new, charred oak. The Blue Corn Bourbon is an unusual combination of organic, California-grown blue corn with rye, barley, oats, and “a few other ingredients,” also aged in new, charred American oak. Carmela is a sweetened, caramel-flavored whiskey bottled at 66 proof, which means it’s not technically whiskey at all.

If you have read me before, you know I am not blown away by flash over substance, especially when there is little backstory aside from “corporate America was not their bag so they decided to make whiskey.” 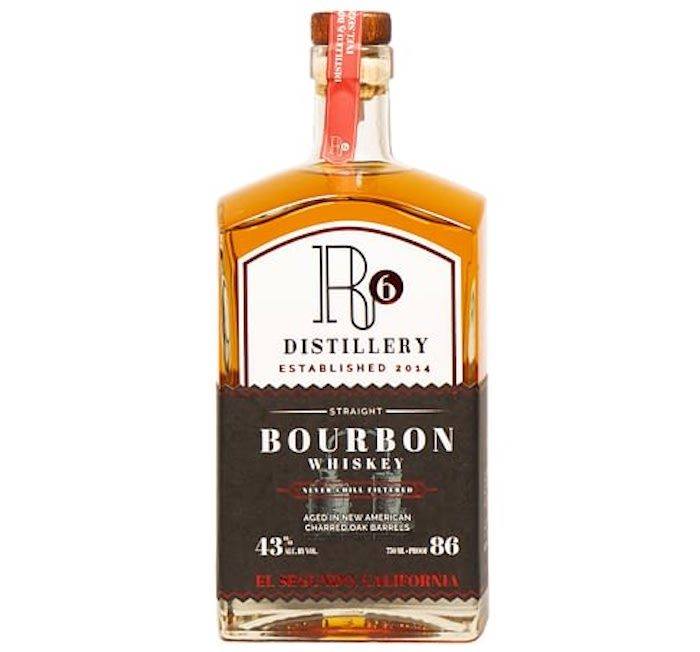 Appearance: Blonde, with a texture that hangs off the sides of the glass in sheets.

Nose: There is a forward note of candle wax that hits the nose first, then brown sugar and flat cola come through. Paired with the waxy note, this nose is reminiscent of cola bottles candy. There is also a hint of citrus that is closer to orange Kool-Aid than a fresh orange.

Palate: Spicy and medicinal on the front of the tongue. It’s a very bright flavor with a prickly, peppery heat that lingers. Medicinal notes carry through to the middle of palate. Swishing it around yields a bit of clove and cinnamon. With a splash of water, buttery notes come forward along with more of a burnt sugar flavor.

Summary: This is a pretty punchy, young-tasting bourbon that is sorely in need of aging and refinement. 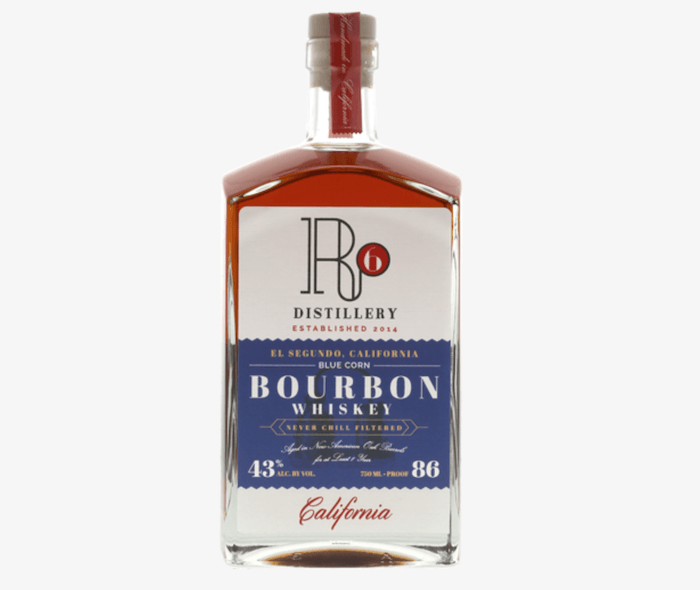 Appearance: Light amber in appearance with wispier legs than the Bourbon.

Nose: The nose on this is initially a bit dusty and musty. It’s like sitting in the back of a corn harvester being showered in husks and dirt.

Palate: The initial taste is quite medicinal. It is more subtle than the straight bourbon, with softer sugar notes like cotton candy. Some fruity moonshine elements accompany the sugars. The heat is present but not too domineering, and the whiskey finishes with a cough syrupy after taste.

Summary: While I can appreciate that they are going for some distinctively different flavor profiles in their various labels, that does not help that this is not a pleasant whiskey. 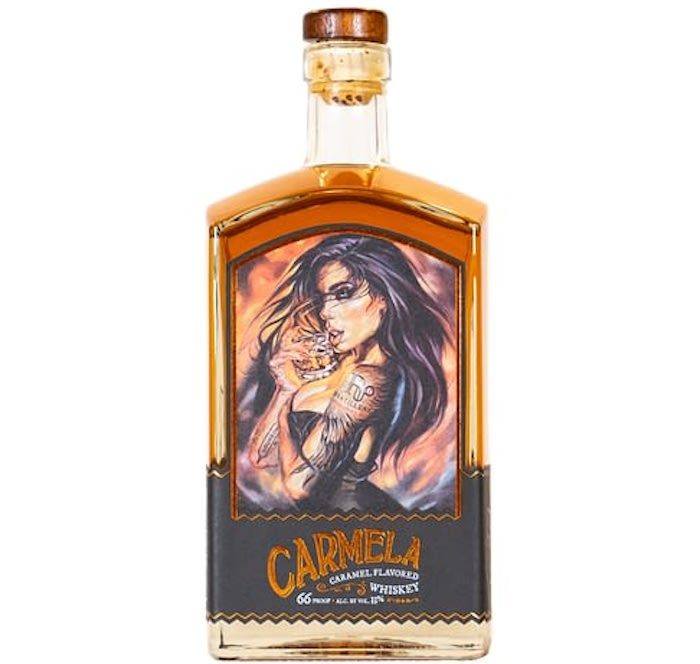 Vital Stats: A caramel-flavored sweetened whiskey. Bottled at 66 proof, costing about $28 per bottle.

Appearance: It is lighter in color, like sun-dried hay, and has quickly falling legs.

Nose: This has a strong scent of Kettle Corn. Not fresh out of the popper with the nostalgia of a warm day at the fair, but preservative laden and overly sugared kettle corn from a bag from the store.

Palate: Expecting the Kettle Corn note to follow into the palate, I was surprised by the sweet notes that were more like a popcorn-flavored Jelly Belly. After a moment, the corn notes join in, and the bagged Kettle Corn flavor comes forward. There is also a saline quality and the sweetness smacks of artificial sweetener. There is little heat to distract the palate from the sugary quality of this whiskey. It drinks smooth but is over-powered by its sweetness.

Summary: This could be an interesting mixer. It definitely needs an ice cube to tame the over-abundant sugars.

Tradition and ingenuity ride tandem when it comes to good whiskey. Having the desire to deliver something new sometimes means sacrificing your time to the aging gods along with the experimentation that will hopefully set you apart from the rest of the pack. I appreciate when companies attack the marketing element early on, but when your product does not live up to the self-acclaimed hype, that can be a detriment to your longevity. The flavors in these bottles were steeped in impatience. For now, I feel they are relegated to the mixer rack, and I hope that at some point they find their identity and are able to present their drinking audience with a more mature flavor profile to match their strong marketing acumen.