Editor’s Note: These whiskeys were provided to us as review samples by Luca Mariano. This in no way, per our editorial policies, influenced the final outcome of this review. It should also be noted that by clicking the buy links in this article our site receives a small referral payment which helps to support, but not influence, our editorial and other costs.

The name “Luca Mariano” doesn’t exactly scream Kentucky bourbon. It might suggest fine wine, or maybe amaro. But when it comes to Luca Mariano Distilling Company, it’s all whiskey. True blue, American whiskey at that. The story of this distillery is also the story of family.

Founder Francesco Viola named his distillery after his son, whom he’d named for his grandfather. It was his grandfather Mariano that taught Francesco the art of whiskey distillation, as well as the belief that the best bourbon in America is made in Kentucky (not that there could be much of an argument against that).

Instead of starting a distillery and then creating whiskey, Viola took a different approach. In 2015 he worked with Wilderness Trail Distillery and filled 240 barrels to start the company. Since the beginning, Luca Mariano distillery only creates whiskey from “quality product” and ages everything for at least four years.

The initial 240 barrels led to a farm in Danville, KY with an entire distilling operation. The first releases in 2019 were the Old Americana Bourbon and Small Batch Rye.

The Single Barrel is a stronger rye, and really brings more flavor with it. For a distillery focused on its bourbon production, this rye stood out and impressed me. 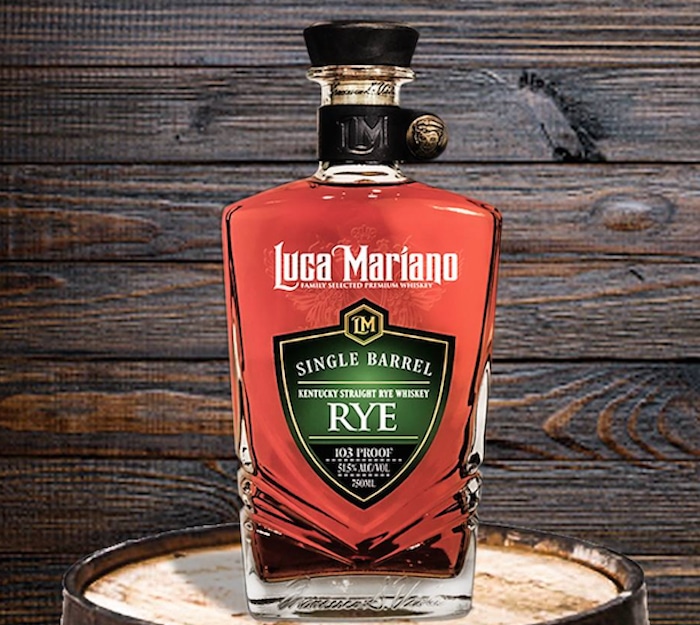 Palate: A lot of spice up front, some grassiness leading into the middle palate but none of the bitterness. Texture is fairly thick, more viscous than creamy. The vegetal undercurrent runs through, and the short finish has a touch of dark chocolate.

Nose: Fresh green apple is the dominant nose, with a touch of sugar and the start and some vanilla sweetness at the end.

Palate: The nose follows straight into the palate with the green apple. The green apple of the palate is more candied, however, like green Jolly Ranchers. A hint of un-ripe pear lingers.  There’s a whisper of grassiness in the middle of the palate that blends in to the baking spice finish. Fairly long finish.

Final Thoughts: The Old Americana Rye draws a nice line between the sweet ryes and the grassy ryes. It could be a great introductory rye to someone interested in the category. Other than that it doesn’t quite bring enough to the table to hold its own amongst more solid ryes.

The Single Barrel really benefits from the higher ABV. Every element of the flavor profile would indicate bitterness, yet it’s other qualities that really shine through. I was surprised by how much I liked this, and it got better the longer I sipped.

34
Shares
1.5k
Views
Share on FacebookShare on TwitterGet Our Newsletter
Get The Macallan® Rare Cask at ReserveBar. Shop now!