Editor’s Note: These whiskeys were provided to us as review samples by Distillery 291. This in no way, per our editorial policies, influenced the final outcome of this review. It should also be noted that by clicking the buy links in this article our site receives a small referral payment which helps to support, but not influence, our editorial and other costs.

Michael Myers was happy with his career as a fashion photographer. It wasn’t until September 11, 2001, when Meyers stood blocks away from the World Trade Center at the time of the attack, that he chose to abandon his career and change his life direction.

That change didn’t come overnight, but in 2011, Distillery 291’s first distillation was pulled from a homemade still .

Myers has emphasized his desire to stay away from what he calls “craft notes”. He describes this as “a ‘note’ – a dry-hay, grain stock – that is prevalent, obtrusive and overpowering.” He has stated that such notes don’t appeal to his palate, so he stays away from them in his whiskey output.

A fan of experimentation, Distillery 291 makes their batches from scratch. They work hard to separate their young distillery from other heritage distilleries, creating a varied Colorado taste with an inimitable flavor profile.

Distillery 291 Colorado Whiskey distills from grain, to barrel, to bottle, and by hand. They partake of the gorgeous Colorado environs; with grains from the plains and water from Pikes Peak reservoirs.

The distillery has been making waves and, while it may be young, they have already amassed “national and international awards for its spirits with the unique character and flavor of a bygone era.” These awards include title of World’s Best Rye at the 2018 Whiskies Awards.

Myers and his crew continue to release interesting whiskies, and the two that I tasted for this review are a welcome addition to the list. While they couldn’t be different in flavor and taste, both are autumnal delights.

291 High Rye Colorado Bourbon was a happy accident, created when a double dose of rye was unintentionally added to the bourbon recipe. My sample came from Batch # 24. The high proof was front and center, right alongside a plethora of intense flavors.

My second tasting was of 291 Bad Guy Colorado Bourbon Whiskey. This sample came from Batch #6 and, while less intensely unique than the High Rye, I found it interesting. I must admit though, I was slightly overwhelmed by the power of the rich spirit. 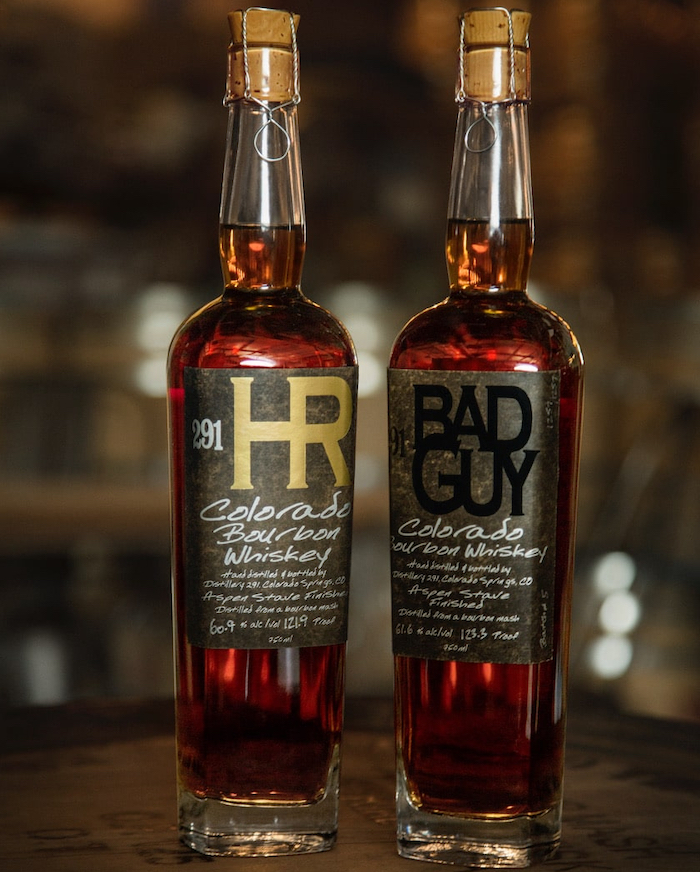 Nose: There was so much to dig into. Right off I smelled sugar and rose. Fresh foliage and hints of sage brush with a finish that resembled a Rye-P.A. beer.

Palate: Surprisingly, the taste was less intense than the nose. The rose carried over, joining honey and hints of almond. The whiskey seemed to gain in temperature as I chewed.

Appearance: The bark of a red cedar tree.

Nose: Earthy wood mulch and the crystallized sugar off a fig.

Palate: Flavors of clover, dandelion, and tobacco. With sweet spicy notes, nutmeg and clove, I’d add this whiskey to some egg nog on Christmas day.