Editor’s Note: This whiskey was provided to us as a review sample by Wild Turkey. This in no way, per our editorial policies, influenced the final outcome of this review. It should also be noted that by clicking the buy link towards the bottom of this review our site receives a small referral payment which helps to support, but not influence, our editorial and other costs.

While Jimmy Russell never really drank rye, he did continue to produce it when rye was at a low in consumption during the 1980s and 1990s. Rye production is now in the hands of Jimmy’s grandson, Bruce, with the mentorship from his father and Master Distiller, Eddie. Bruce hand selected four-, six-, and eight-year-old rye barrels from Wild Turkey’s rackhouses.

Since this is the first launch of the Wild Turkey Rare Breed Rye, the proportions of the different aged casks is not settled on. Considering the Rare Breed Rye is blended, it’s not far-fetched to assume those proportions won’t be definitive. A consistent flavor is what will be sought after, despite a change in proof.

Most people don’t conjure rye whiskey when they think of the Wild Turkey brand. However, the rye portfolio has certainly grown in the past 45 years. I know some in the bartending community who use it as their base for their Manhattans. As a fan of rye whiskey, and a fan of the Wild Turkey Rare Breed Bourbon, let’s see how the first super premium rye expression stacks up… 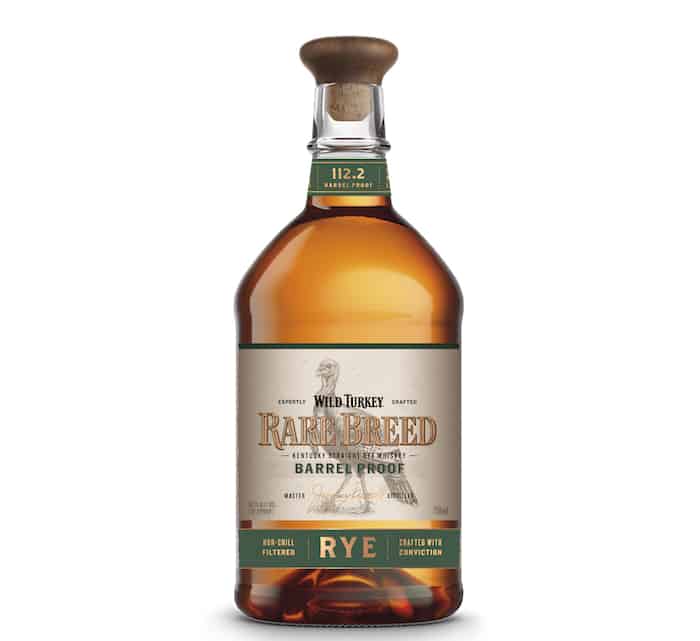 Nose: The ABV gets in the way. Even with an open mouth it singes the nostrils. Powering through from a slight distance is still a high octane acetone with lemon peel; like the lemon scented nail polish remover I keep in my bathroom cabinet. Trying to ignore that, I get vibrant cherry and luscious apricot. Sugared coated raisin like the type found in a bowl of raisin bran provides a rich sweetness. Graham cracker rounds out the nose.

Palate: Bright lemon peel starts off the whiskey. It is barely sweet considering the nose, and is instead mostly bitter like the white pith of citrus fruit. It burns going down first from the rye spice, then from the ABV as it settles at the top of the stomach. Adding a few drops of water doesn’t alleviate this sensation, and in fact amplifies the spice from the rye. Oddly, when on ice, it subdues the rye spice, but amplifies the acetone factor and also highlights some saline. The aftertaste (neat) is grassy and straw-like

Y'all, I was beyond disappointed with the Wild Turkey Rare Breed Rye. I think it would be wiser to save your money and buy the Wild Turkey Rye, the Wild Turkey 101 Rye, or the Russell's Reserve 6 Year Rye (one of my top rye whiskies). This certainly can be mixed into a cocktail and would be more enjoyable.

However, neat or on ice, it doesn't really matter as the Rare Breed Rye just comes off harsh. Because of the harshness, I don't really equate it with the "super premium" label. Maybe the next batch will be different, and if so, I hope it will restore my faith in the Rare Breed expression.