Pittsburgh-based Wigle Whiskey is a small distillery with decidedly large ambitions. “Our innovation team,” Wigle’s website tells us, “devotes enormous amounts of resources into research and making each one of our dozens of regionally inspired spirits from scratch.”

Dozens of spirits. That’s a serious push for a distillery founded less than 12 years ago. And all are distilled on-site (nothing sourced here) using mostly regional ingredients, sustainable and organic whenever possible.

Co-founder Alex Grelli points to pre-prohibition America, which he says featured thousands of regionally distinct varieties of alcoholic drinks. “When we started, we couldn’t help but feel that the consolidation of both distilleries and distributors left us all living in a relatively boring spirits landscape,” he says. “America deserved more.”

Wigle is determined to provide more.

The company made 919 bottles of its latest batch of Port Rye (the one reviewed here is bottle no. 54), which Grelli says was inspired by the parallels the Wigle team discovered in the cultural heritage behind Pennsylvania’s Monongahela rye whiskey and Portugal’s Port wine.

Pennsylvania, Grelli says, was once considered the edge of the frontier, where rye grain was sometimes converted into whiskey so it could be transported long distances without getting rancid or infested with pests. The Portugese city of Porto, similarly, found that it needed to fortify its wine with brandy in order for it to survive long journeys at sea without spoiling.

Both types of alcohol, Grelli says, became globally recognized representatives of their home regions. In the right hands, he maintains, the flavors of the two can be combined to create an “opulent” whiskey that offers something… more. 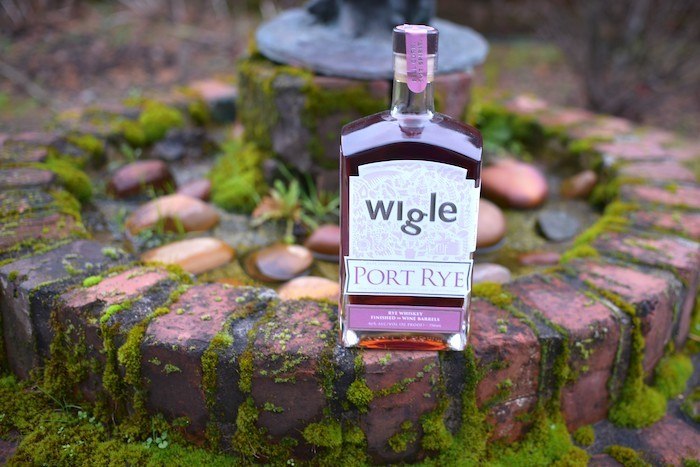 Appearance: The aging in new charred oak is apparent from the first pour. This is a brown, dark, moody rye.

Nose: The sweetness hits you immediately. If I were to take a whiff blindfolded, I might not even guess it’s whiskey. It smells like port wine through and through.

Palate: The good news is that it doesn’t taste like port wine; it tastes like rye whiskey. There is still sweetness, but it’s far mellower than the nose would lead you to believe. You’ll taste rye grass, but there are also hints of pumpkin pie spice, black cherries and nutmeg cake. The finish is semi-long, lingering with a dollop of honey.

I’m a bit of a whiskey purist, and often don’t fall in love with attempts to sweeten my spirits. The smell of this one led me to believe I wasn’t going to be a fan. My nose, though, misled me. This is solid Monongahela rye. At the moment, it’s only distributed in Pennsylvania, New York and New Jersey. It’s a shame you can’t find it more widely, because this is an interesting – and, I’ll admit it, opulent – whiskey.