Did you know that Wigle Whiskey is named after Philip Wigle, someone sentenced to hang for treason in the 1790s? He was defending his right to distill whiskey without paying taxes during the famous “Whiskey Rebellion” of the late 18th century. George Washington eventually pardoned him, and by 1808, “Allegheny County was producing half a barrel of whiskey for every man, woman and child living in America.” It turns out taxes didn’t kill the whiskey industry after all.

Wigle Whiskey is a family owned and operated distillery in Pittsburgh, Pennsylvania. They are hell bent on investing local. Wigle supports the agriculture community with sourcing local, organic ingredients. They are also social and economic supporters in their communities.

An example of Wigle’s community support can be seen with Wigle’s Pennsylvania Peach, which is reviewed below. This is a cross-state collaboration between Wigle Whiskey and Tröegs Independent Brewing. It starts off with Wigle’s made from scratch whiskey distilled from regionally grown organic wheat grain, which was then aged for four years in new charred oak barrels, transferred to Tröegs Freaky Peach beer barrels, and then steeped with peaches and apricots.  “$1 from each bottle of Pennsylvania Peach supports Feeding Pennsylvania’s win-win mission of connecting food-insecure Pennsylvanians with surplus from local farms,” says the distillery. 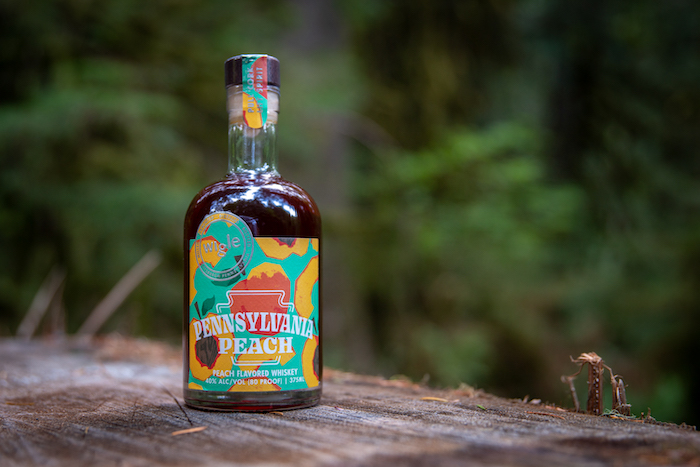 Nose: I know the label says peach, but there is a strong dried apricot aroma right away. Along with the apricot I get a little peach mixed with a touch of vanilla. It’s very fruit-forward and doesn’t smell like alcohol at all.

Palate: To me, this tastes like peach juice. It’s very sweet. There’s a strong raisin flavor mixed with dark cherry and pineapple upside down cake, specifically the top gooey part. The mouthfeel is thick, and a bit like red wine.

I think this would be fantastic over vanilla ice cream or made into an adult Italian soda. If you have a soda stream, I would most certainly mix the two together. Seems like a great summer drink, or even a good holiday drink. I didn’t think this tasted like whiskey, but more like a peach liqueur. It offered a lot of character and was much better than your typical flavored whiskey. For me, neat was a little too syrupy and liked it better over ice. The next morning I wanted to pour it over pancakes. Overall, I think this would be a great mixer, but it seems very versatile. You could have it for breakfast, lunch, and dinner. It is peach after all.