Who was Phillip Wigle? He was a distiller of whiskey in the late 1700s and into the 1800s. He is most known for his part in the Whiskey Rebellion, where he beat up a tax collector and burnt down the man’s home. He was finally captured by George Washington’s men and sentenced to death as one of two scape goats for the uprising. His sentenced was quickly pardoned by Washington as a there was little taste for executing men on the basis of fighting unfair tax practices. This helped to lay the groundwork for repealing the hefty taxes that caused the militias to rise up and laid the groundwork for the surge in American whiskey production that followed in the 1800s.

Though there is no family relation to Phillip Wigle, the folks behind Wigle Whiskey took him as their company’s namesake when they opened the first distillery in Pennsylvania since prohibition. Keeping things local is the aim these days instead of bearing arms against the US military. From milling their grains in house and distilling in their own copper stills, they keep their creation close for the ultimate control over flavor and finishes.

From the simple graphic touches on the labeling, to the rich tapestry of flavors inside, this whiskey caught my eye and my palate with some surprises. Specifics from the distillery indicate this bourbon to be from a selection of so-called “honey barrels,” or casks that stand out on their own from a blending batch. 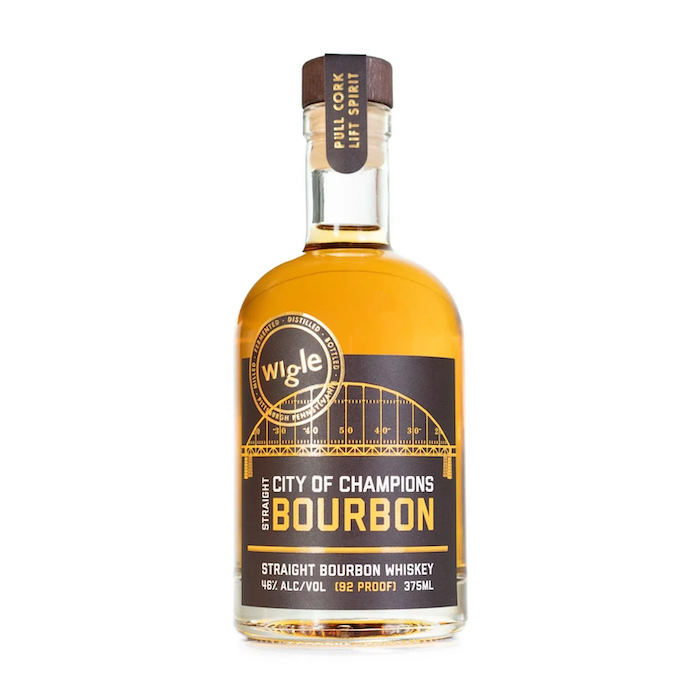 Nose: The sweetness of a ripe Bosc pear was the first note I caught. This was accompanied by the scent of pine, mint, and a bit of citrus. Along for the ride was a gentle floral note that wrapped around the other flavors.

Palate: The flavors in this Bourbon remind me of Fall. It comes out of the gate with a strong note of red apple, clove, and nutmeg. Mixed with grains there is a bit of a coffee cake overtone in the flavors. The heat is subtle and the drink itself is very smooth. There is a hint of pepper on the back end and an interesting herbaceous aftertaste of mint and sage.

This beverage is a conversation starter. The flavors are like a treasure hunt where you find something lingering underneath each sip.