Editor’s Note: This whiskey was provided to us as a review sample by Flaviar. This in no way, per our editorial policies, influenced the final outcome of this review.

In September of last year online spirits retailer Flaviar teamed up with rye whiskey specialist WhistlePig on a private barrel pick bottling for the former’s membership base. This whiskey, drawn from WhistlePig’s Old World reserves, was not your typical pick in that Flaviar turned to a number of well known chefs to help in picking the release.

These chefs – Michael Gulotta of MOPHO/Maypop fame in New Orleans; Jamie Malone from Minneapolis’ stunning Grand Café; David Posey, one half of the dream team at Elske, Chicago; and Justin Woodward of Castagna in Portland – ventured to the WhistlePig distillery in Vermont, where they worked together to come up with the components for this whiskey, which is comprised entirely of wine casks in the following make up: 40% Madeira, 30% Sherry, 20% Port and 10% Sauternes. It was from this mix that this 12 year old rye whiskey was born.

One thing that’s interesting to note about the WhistlePig X Flaviar Chef’s Blend 2019 is that, normally, Old World has at its heart the influence of Port, Madeira and Sauternes casks for the finishing process. The choice of the chef team to add Sherry to the mix was something, the brand noted, that took this expression “to a place we’ve never before seen.”

How does WhistlePig X Flaviar Chef’s Blend 2019 stand out among the crowd of WhistlePig’s rye whiskeys? Let’s find out. 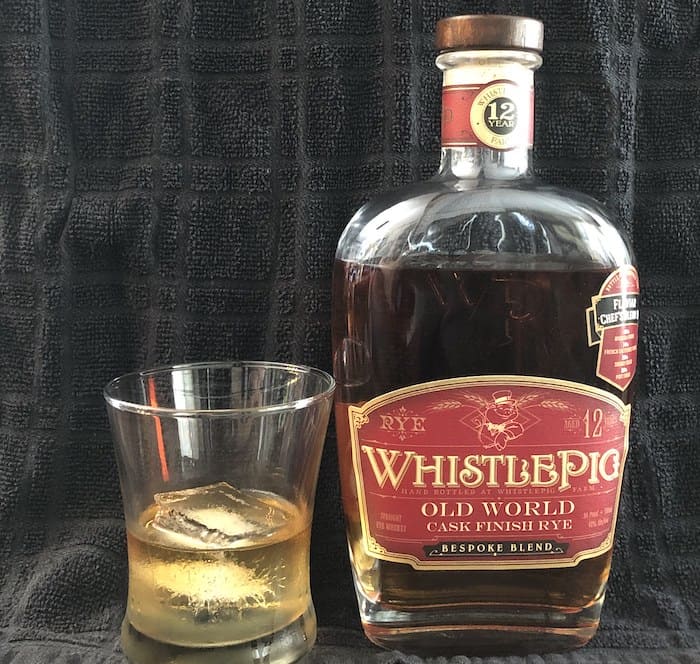 Nose: It is warm to my nose right off the top, showcasing as the aroma lingers notes of burnt sugar, bread pudding and a hint of spice. Sweetness is the definite consideration here.

Palate: There is definitely a lot of complexity going on here, showcasing the well balanced dance between the different cask influences. Across my tongue and in my mouth I get hints of maple syrup, apple, that rye spiciness, elements of the earth and a strong backbite of nuttiness. Again, like the nose, sweetness underlies all of this, but not in an overpowering fashion.

Finish: It is lingering and pleasant, with almost none of that rye burn. My tongue continues to have sensations for a significant period after I swallow.

This is a great whiskey, there is no doubt, and the influences of the star chefs involved in its production shows. I can easily see this being a brown spirit one pairs with food, including main dishes that have pork or chicken, and also a wide range of desserts.