Editor’s Note: This whiskey was provided to us as a review sample by Westward Whiskey. This in no way, per our editorial policies, influenced the final outcome of this review. It should also be noted that by clicking the buy link towards the bottom of this review our site receives a small referral payment which helps to support, but not influence, our editorial and other costs.

Westward Whiskey produces exclusively single malt whiskies – and takes pride in doing so. They were one of the first American companies to make single malt whiskey at all, let alone as their only product. As such they hold a certain repute and standing in the whiskey business. Their portfolio includes a variety of interesting and unique cask finishes.

Particularly this Tempranillo cask finish. First released in 2019, it was the first time an American single malt had been aged in this specific type of wine barrel. The resounding success caused Westward to re-use this same barrel for an extended age statement.

According to the distillery, this release “pays homage to the collaborative culture of the Northwest and the incredible wine and whiskey producers who have earned the region such renown.” Westward worked with Dominio IV vineyard to acquire this special cask.

This special release was aged in new American oak prior to its time in the Tempranillo cask. The total age statement comes in just under four years. Per their standard, the mash bill is exclusively malted two-row barley. Westward is good about going to the extreme in providing details on their expressions (listed more explicitly below).

Westward Whiskey was once called House Spirits Distillery. It’s located in Portland, Oregon. Every drop of their whiskey comes from the distillery, with every element of the product being produced in the Pacific Northwest. House Spirits also makes aquavit, vodka, and rum under different labels. 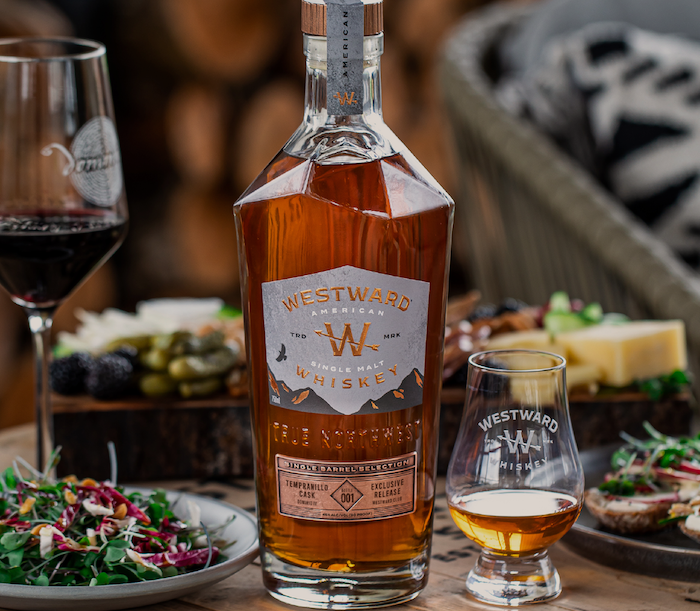 Appearance: Sienna shot through with dark gold. Legs are even and very slow.

Nose: Sour apple candy meets you in a strong and heady way first thing. It has a hint of caramel, like those caramel apple lollipops that get stuck in your teeth. Apple continues to come through, more like a cider after the initial whiff.

Palate: Soft, with some weight on the texture. The unprocessed grain flavor comes through with a lot of sweetness and some nutty richness and creamy milk chocolate. The fruit is really different than the nose – no apple here. Bright, candied grapefruit carries you through the mid palate. Everything is grounded at the end by slightly unripe grapes.

This is a whirlwind of smells and flavors. It moves quickly too, so quick that you’re reaching for that next sip before you’ve even fully realized the first one. I didn’t get pretty much any of the official tasting notes, but what I did get is delightful. This is not a bottle to move through quickly, but it’s going to take this writer a lot of self control to remember that. Easily my favorite Westward product ever.