Editor’s Note: This whiskey was provided to us as a review sample by Westland. This in no way, per our editorial policies, influenced the final outcome of this review. It should also be noted that by clicking the buy link towards the bottom of this review our site receives a small referral payment which helps to support, but not influence, our editorial and other costs.

Scarcity seems to be the theme of Westland’s Garryana series. The namesake casks are scarce in the ground and even scarcer in the world of spirit production. Every edition of Garryana, as well as the rest of the Outpost Range, comes to us as a  limited run, quickly gone and not to return in quite the same way.

Garryana is the series that looks at native oak. Quercus garryana, or Garry oak, is a tree native to only the Pacific Northwest. Prior to the use in Westland whiskey, this oak has not been widely tested as a whiskey cask. I wanted to know more, and Master Distiller Matt Hofmann had plenty to share when I chatted with him recently.

With this unique oak comes unique cooperage. This starts by having to find pieces of oak that are fit to become barrels, which Hofmann says is “straight, free of twists, and devoid of knots.” From there, the coopers are still working with something different. Hofmann shared that the coopers are calling this oak more brittle than its French and American cousins. Luckily, the staves have still remained reliable, without serious leakage issues arising.

With experimentation and use of limited local resources comes responsibility. Even within its  narrow growth range, Garry oak’s numbers have diminished. Westland meets this challenge by not felling any for barrels and only using “naturally fallen or ‘hazard’ oak”.

They go even further with their re-planting program. Westland has partnered with Forterra, and have spent four years working with them to “restore an existing Garry Oak savanna with new saplings (750 so far), while also creating conditions for oak-dependent species to thrive as well.” He discusses the “keystone species” status of the oak, “which entire ecosystems have become centered around here in the PNW.”

These barrels have long lives ahead of them within the distillery as well. Hofmann states that “we have re-filled all of the Garry Oak casks we’ve ever used.” And they’ve discovered a lot by doing so. The Garry Oak casks have a “heavy-hitting flavor profile” the first time around, which Westland tempers by including product aged in American oak.

If we see a higher, or entire, percentage of Garry Oak matured product, it will probably be from a re-fill cask. Hofmann says that the first re-fill may be a “sweet spot” for Garry Oak. With the limited runs and experimentation thus far, Westland hasn’t been able to do a third-fill maturation yet, but it’s on the horizon. And that’s not the end of it. According to Hofmann, “there’s lots of stuff to explore by re-using these casks.”

And varying maturations are only part of the exploration of Garry Oak. Stave sourcing and barrel preparation will also be examined and played with in the future. Westland is also exploring barley varietals and local peat in the upcoming Colere and Solum expressions. “Then,” according to Hofmann, “as whiskey-makers, we get to see what happens when we bring all of these variables together to collide in a whiskey.”

The collision that is Garryana Edition Five contains the highest amount of Garry Oak matured product yet. To highlight the aging, Westland has reduced the number of barley strains to two, one peated and one unpeated. Each edition has played with different variables in aging, product ratio, and barley. What future editions will bring remains to be seen, but we can be sure it will remain true to the spirit of innovation and the Pacific Northwest. 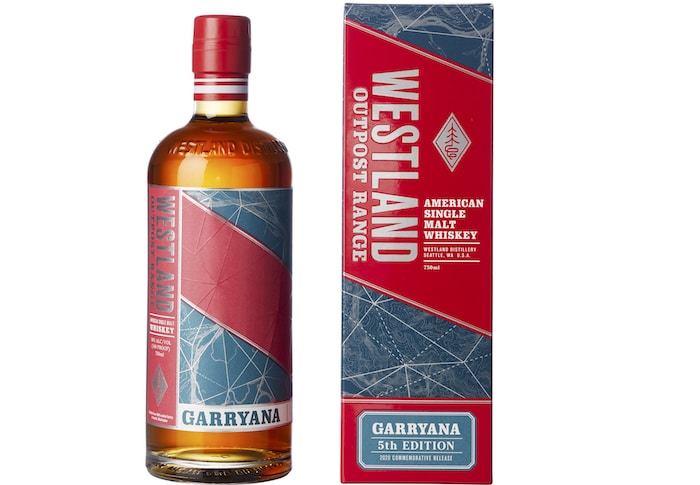 Nose: Raisin at the start leads into a heady brown sugar, with a finish of cocoa.

Palate: Creamy texture throughout. Woody and smoky in the middle, with a savory rich quality to it like animal fat. A touch of medicinal bitterness leads into a dark chocolate bar finish.

Even being the lesser barrel percentage, the Garry oak overcomes the ex-bourbon aging. The flavor of this whiskey is quite strong, but still very balanced. This is more of a savory spirit than a fruit-forward or sweet one, though the nose would have you believe otherwise. This whiskey could easily take the place of a cold beer at a barbecue, and could hold its own with heavier foods like brisket. While I enjoyed drinking it neat and on its own, I think there’s a lot of potential in this whiskey for food pairings and spirit-forward cocktails.

3.5
User Rating ( votes)
Sending
14
Shares
2.5k
Views
Share on FacebookShare on TwitterGet Our Newsletter
Cheers to the Dads! Personalize a bottle of his favorite whiskey to create a modern gift for the modern man. Use code: FATHERSDAY20 for $20 off your next order of $100 or more at ReserveBar