Often we think of Irish whiskey as being free from the smoky peat flavors that Scotch is famous for. When malted barley is dried over an aromatic fuel source, like peat, the aromas from that fuel find their way into the grain, which produces smoky flavors in the final whisky. The minds at West Cork Distillers took a decidedly different approach to infusing a unique smoky flavor into their Irish whiskey.

Founded in 2003, West Cork Distillers, began as a project between three friends, Denis and Ger McCarthy, and John O’Connell. Denis and Ger started their careers as “deep-sea trawler men,” and John worked in research and development. The three men were apparently inspired by the Irish tradition of hand-crafted goods, and even had most of their equipment custom-built on-site at their distillery, located in Skibbereen, in County Cork, Ireland. 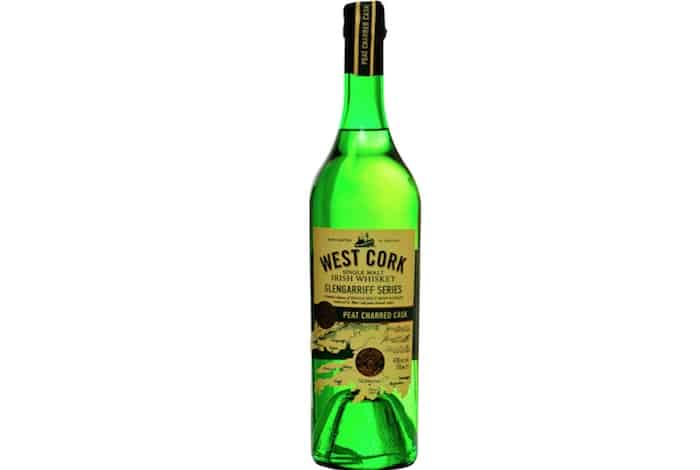 Vital Stats: Walking backwards, this whiskey is aged for six months in bog oak-charred casks, after being aged in Sherry wine casks for a time. The mash bill is 100% malted barley, and alcohol by volume is 43%. Bottles are available nationwide, and cost between $40 – $45.

Appearance: Color is really light. Viscosity is thin, and leaves virtually no legs.

Nose: The aroma is slightly smoky, with bitter notes of charred leather. There are lots of earthy tones: grass, tree bark, and fresh, wet dirt. I’ve been hiking through an actual Irish bog, and it pretty much smells like that.

Palate: There’s not a lot going on flavor-wise. The simple, straightforward flavor profile feels incomplete: a sentence with no period. It starts off with more earthy notes, a slightly sweet vanilla flavor, with lots of charred oak on the finish. The smoke flavor lingers on the palate and leaves me feeling like I just smoked a cigarette. There are light notes of raisin sweetness in the center of it all. Ultimately, I’m left unsatisfied, wishing there was some overarching flavor that would bring cohesiveness.

It's pretty cool that West Cork Distillery is experimenting with charring techniques to create new flavors. I wish that the idea was backed up by a really amazing flavor experience, but maybe I'm just missing something. I thought their Glengarriff Series Bog Oak Cask whiskey was a little off-balance, but I liked the uniqueness of all the earthy flavors. I just think that all those stand-alone flavors could have been a little more composed.