Editor’s Note: This whiskey was provided to us as a review sample by King Spirits. This in no way, per our editorial policies, influenced the final outcome of this review. It should also be noted that by clicking the buy link towards the bottom of this review our site receives a small referral payment which helps to support, but not influence, our editorial and other costs.

This story was updated on 8/30/21. MSRP and information about the charitable organizations supported by the brand were added.

Like fishing? Walker’s Cay co-founder, Steven Busch does. He likes it so much he put out a whiskey to celebrate it.

Walker’s Cay bourbon is one of the brands at Busch’s company King Spirits, which recently put out two new spirits: the aforementioned bourbon and Hope Town vodka. Walker’s Cay is named for the Bahamian island where Busch and his father, former Anheuser-Busch Chairman August Busch III, spent saltwater fishing. The whiskey aims to “capture the island lifestyle in every bottle.”

Walker’s Cay is aged in new Missouri oak barrels, finished on sherry cask staves, and produced at Green River Distillery in Kentucky. (As a reminder, a whiskey must be distilled and aged for at least one year in Kentucky to be designated Kentucky Straight.) The mash bill is 70 percent Kentucky corn, 21 percent winter rye, and 9 percent malted barley. A portion of proceeds from each bottle help fund donations to community-driven organizations working to repair hurricane damage in the Bahamas like Hope Town United, the Green Turtle Cay Foundation, and the Restore Hope Foundation. 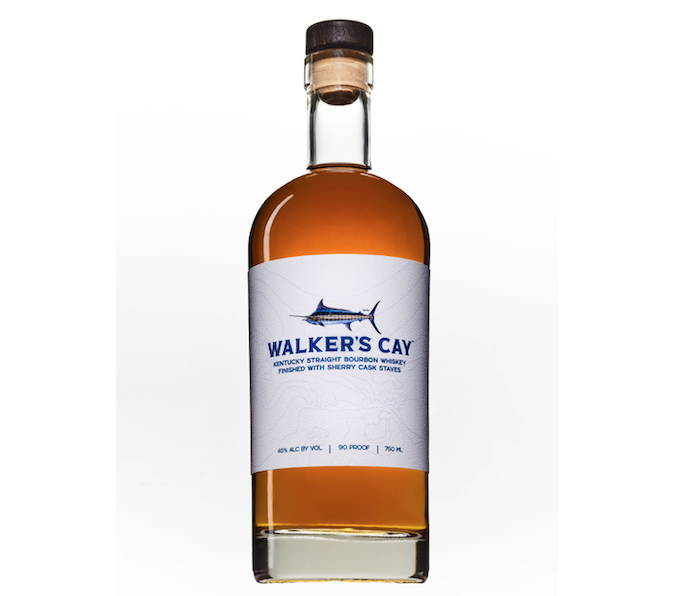 Nose: Very sweet! And also…slightly metallic. Or is that latex? Some clover honey. And caramel corn—not the popped fresh caramel corn, but like the kind that comes shipped to your home around the holidays. You know, those hamper-sized cans? The ones also housing cheddar and salt popcorn varieties? “It smells like a newly applied Band-Aid,” my friend and co-taster said.

Palate: Co-taster and I didn’t love this. It’s kind of beery—unsurprisingly, I guess, but not really feeling it. The metallic note on the nose continued into the palate. Also a little bit of cheese, and an awful lot like dry Cheerios. I have been to the Bahamas. I like the Bahamas. I like them a lot. But to me, this whiskey does not evoke the Bahamas. Maybe it fell victim to palate fatigue—we tasted this after something that was strong yet well-balanced and tasted like a well-made bourbon typically did and really enjoyed it—but this was only the second of two small tastings we tasted, so it wasn’t as if we were annihilated by booze. As always, I respect the time, effort, and consideration it takes to put together whiskey and the brand story surrounding it, but sometimes it’s not for me. This is one of those times.

There’s a lot going on in this whiskey. But that doesn’t make it complex; it makes it scattered.