Editor’s Note: This whiskey was provided to us as a review sample by Lexington Distilling. This in no way, per our editorial policies, influenced the final outcome of this review. It should also be noted that by clicking the buy link towards the bottom of this review our site receives a small referral payment which helps to support, but not influence, our editorial and other costs.

The Town Branch Distillery in Lexington, Kentucky, opened in 2012 and became part of the world renowned Kentucky Bourbon Trail. They also have another location, Alltech Dueling Barrels Brewery and Distillery, in Pikeville, Kentucky. For even more fun and history, Alltech also owns Pearse Lyon Distillery at St. James church in Dublin, Ireland.

For this review, I tasted a Town Branch Single Barrel Rye Whiskey that’s a bit older than the rye whiskeys in standard release. The sample came marked with the fill date “14K8,” which the brand says refers to the year, month, and day that the barrel was filled. While it’s not clear what month “K” refers to, we know the cask was filled in 2014. If it was bottled in 2021, that would make it seven years old.

No mash bill is available for this rye single barrel, although the current Town Branch rye whiskey is listed at 55% rye, 30% corn, and 15% malted barley. The mash at Town Branch is fermented in large cypress wood fermenting containers in Town Branch Distillery’s glass front room. Town Branch distills in two large, copper pot stills imported from Scotland. The raw whiskey is aged in oak barrels, charred on the inside to char level 5. 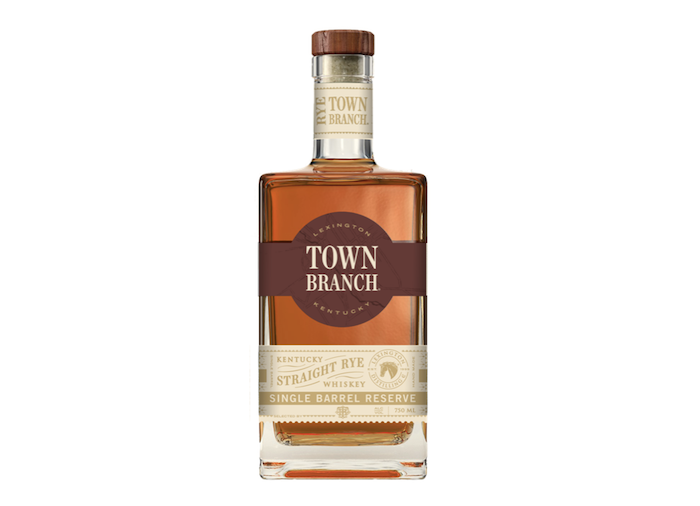 Palate: The flavors are pretty simple, bitter, and hot. There are hints of licorice and vanilla, but not much else.

To me, this rye whiskey was not very distinct. It was simple, hot, and bitter. I thought the nose was much better than the palate. It didn’t match, which is not necessarily a bad thing, but there seemed to be more to the nose in this case. I personally prefer the newer Town Branch Rye Whiskey that is available in select states or at the distillery in Lexington Kentucky.