Town Branch Bourbon is made by Lexington Distilling, which is owned by Alltech. The company was established in 1999, and offers a full line up of whiskey, beer, canned cocktails, gin, bourbon, and other spirits.

In 2012 with the opening of the Town Branch Distillery in Lexington, Kentucky, they became part of the world renowned Kentucky Bourbon Trail. They also have another location, Alltech Dueling Barrels Brewery and Distillery in Pikeville, Kentucky. For even more fun and history, they also own Pearse Lyon Distillery at St. James church in Dublin Ireland.

For this whiskey review, I tasted a sample from a single cask (barrel no. 1029) of Town Branch Bourbon. It’s labeled with a fill date of 13k6, which, according to the brand, refers to the year, month, and day that the cask was filled. That means this cask was filled in 2013, although it’s not clear what month k refers to, putting it somewhere between seven and eight years old. Town Branch has an active single cask program, but most releases are sold as distillery exclusives. 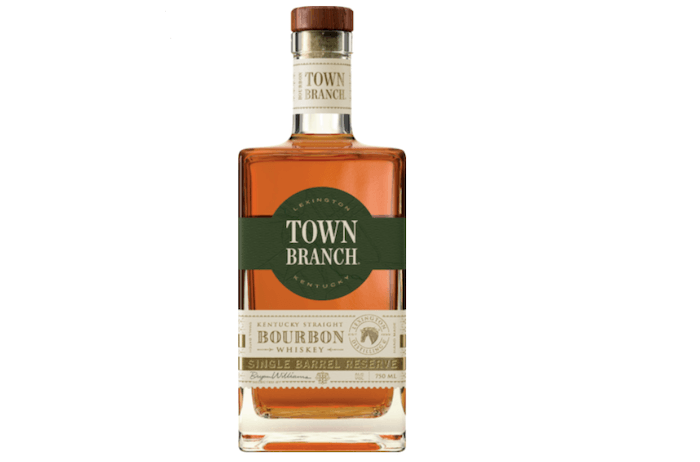 Vital Stats: Proof 109.7. No age statement, but either seven or eight years old, depending on what month it was distilled in 2013 (and when it was bottled in 2021).

Nose: There is a strong solvent aroma that’s a bit overpowering. When you get past that, there are sweet notes of vanilla custard.

Palate: I did not feel there was much flavor on this one. It burned all the way down, which does not happen to me often, even at higher proofs. This one was just too hot for me. There was too much jet fuel and a bitter bite to taste any subtleties.

I really love to find redeeming qualities for every whiskey I sample. For me this one was a total miss. I feel it is much better in a cocktail then neat, watered down, or over ice. It doesn't taste at all sweet like the nose. I really wanted it to be less hot than it was. Even adding water didn't help the solvent, heavy, hot flavors. It left an interesting taste in my mouth, one which I couldn't name. To me, this didn't taste like a bourbon, but the nose certainly smelled like one.