At least we are assured the William Larue Weller, the Thomas H. Handy Sazerac Rye, the Eagle Rare 17-Year-Old, and the Sazerac 18-Year-Old Rye meet Buffalo Trace’s high-quality standards. The Thomas H. Handy is one of two ryes in the BTAC. It comes in at cask strength of 129.5 proof compared to the Sazerac 18-Year-Old at 90 proof. If you were not lucky enough to get a bottle at its MSRP of $99, hopefully, you will be able to snag a taste of it.

The Thomas H. Handy Sazerac Rye in the BTAC honors the New Orleans bartender who first used rye in his Sazerac cocktail. Thomas H. Handy, once the sole importer of Cognac for Sazerac de Forge et Fils Cognac, had to switch to using rye in cocktails because of a series of unfortunate events. Phylloxera decimated the wine industry, and this led to the downfall and closure of the Sazerac de Forge in France. Luckily, people preferred the use of American rye in cocktails. 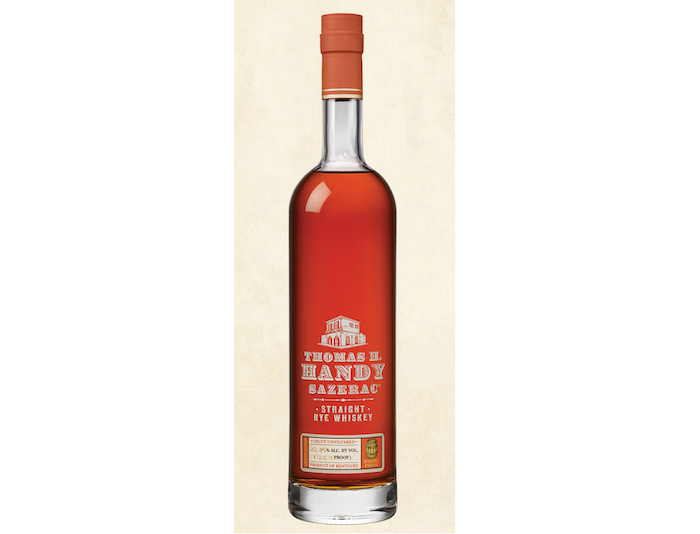 Nose: At first, I pick up on cedar and mint. There’s a strange aroma I can’t quite define except that it is reminiscent of saltine crackers. The whiskey has a butterscotch sweetness to it, while the typical rye spices are subdued. Cold cinnamon rolls are the best I can compare it to overall.

Palate: For cask strength, the whiskey doesn’t drink hot, but it does have an oily mouthfeel. Cinnamon latches onto the tastebuds and sticks around for a while. Dried fruit provides sweetness in the middle. Overall, it’s more earthen with roasted almonds and a touch of leather. The whiskey has a dry finish that is slightly tannic with cedar.

The Thomas H. Handy in the 2021 BTAC is my second favorite this year. It makes a strong showing with great spice and dried fruit. It feels balanced at cask strength and provides the perfect afterglow.