Editor’s Note: This whiskey was provided to us as a review sample by The Clover. This in no way, per our editorial policies, influenced the final outcome of this review. It should also be noted that by clicking the buy link towards the bottom of this review our site receives a small referral payment which helps to support, but not influence, our editorial and other costs.

Unfortunately, in 1948, Bobby Jones showed symptoms of syringomyelia. He acquired the disease in a freak accident when he was struck by lightning in 1929. The disease causes fluid cysts to form within the spinal cord. After Bobby’s death in 1971, his family partnered with the Chiari & Syringomyelia Foundation. Portions of the proceeds from the sales of The Clover Single Barrel Straight Tennessee Bourbon Whiskey go to the Bobby Jones Chiari & Syringomyelia Foundation. You can find The Clover at select golf courses around the country. 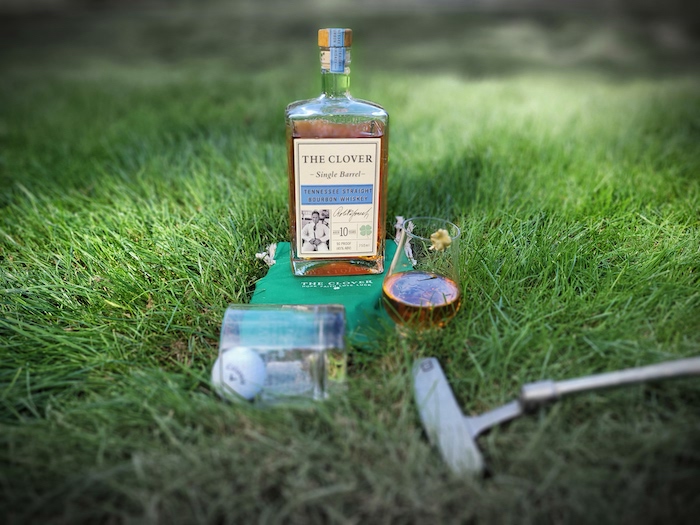 Nose: The whiskey has a bit of a sour mash to it. The nose starts off grassy, but then transitions to mint. Lemon, orange, and even grapefruit peel lingers. In the background is the faint aroma of baby powder. Near the end of the nose are black pepper and some other spices I cannot quite pin down.

Palate: In the background, there is a bit of acetone. Honey comes through to bring some sweetness. There is a little bit of fruit with ripe cherry. It is spicy with black pepper. Like the nose, it also has a sour mash taste. Overall, the whiskey reminds me of banana bread.

Of all three bottles in The Clover Single Barrel Series, I liked the 10-year-old Tennessee whiskey. I think it could even age longer. It probably is juice meant for George Dickel, but as a Dickel drinker, I’m not disappointed. It has balance, but I enjoyed the sour mash I picked up on the nose and palate. 90 proof is just right, but I prefer a dropper of water in this one.