Editor’s Note: This whiskey was provided to us as a review sample by Sweetens Cove. This in no way, per our editorial policies, influenced the final outcome of this review. It should also be noted that by clicking the buy link towards the bottom of this review our site receives a small referral payment which helps to support, but not influence, our editorial and other costs.

The story of Sweetens Cove, as we covered when it was first released several months back, is one that isn’t your typical celebrity whiskey tale. To be clear, there are big names involved with it, including the likes of football great Peyton Manning, tennis legend Andy Roddick, sportscaster Jim Nantz and singer-songwriter Drew Holcomb, among others.

What’s perhaps more unique about this expression is the involvement of young master distiller Marianne Eaves. Eaves, formerly of Woodford Reserve and Castle & Key, in recent times has struck out on her own in being an independent consultant to brands seeking someone of her talent. This has been reflected somewhat in the very recent announcement of her new Eaves Blind membership subscription service, a consumer focused offering giving those participating an inside insight into some of the types of American whiskeys she is tinkering with.

In regards to Sweetens Cove, the group behind it tasked her with coming up with a whiskey that was much like the spirit of Sweetens Cove, an off the grid golf course in Tennessee that includes among its owners some of those involved in this bourbon. In this they wanted something that was “artisan, premium and to be discovered.”

Having this mission in mind, Eaves and the Sweetens Cove team, according to them, sourced “100 exclusive barrels of 13-year aged Tennessee product that was being housed in a warehouse in Kentucky.” It was brought back to Tennessee, where Eaves “spent several days tasting and charting out every individual barrel.” From there multiple batches were created by her, with plans also in the works for some single barrel releases.

What I’ve reviewed below is one of the batches – for those looking to determine what batch they might have, it won’t be that easy to do so on the bottle. It was noted by Eaves that “the batch isn’t going to be specifically marked, so you will have to be ‘in the know’ to locate them with subtle identifiers.” 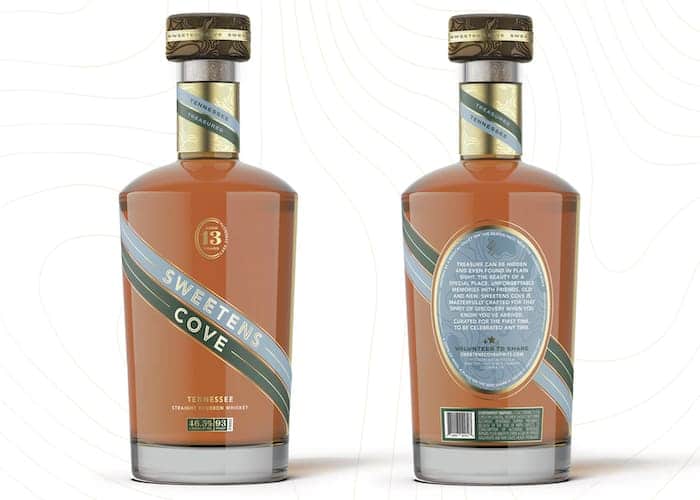 This is a rather interesting whiskey. Given all of the celebrity energy around this, I wasn't expecting to be blown away by it as I'm often leery of involvement of the superstar set in having their names tied to a spirit. That being said, the choice to have Eaves putting this expression together pays off - a solid drinker from a young master distiller now making her way independently through the whiskey world.

If future releases tied to her name are like this as well, Sweetens Cove will continue to shine in the Tennessee whiskey category as a strong contender.