Editor’s Note: This whiskey review is brought to us courtesy of Lisa Donoughe, one of our board of advisors.

Ten years ago Andrew Nelstrop and his father, James, opened St. George’s Distillery in Roudam, Norfolk, England. With a 600-year history in growing barley, they weren’t new to spirit but the project was. Their aim was to reintroduce whisky distilling to England which hadn’t happened in nearly 120 years. And the big idea is not only adding to the area’s agri-tourism economy but also earning an international reputation for its peated and unpeated whiskies.

But first they had to find the right master distiller. The rescued Laphroiaig master distiller Iain Henderson from imminent retirement in 2007 Henderson graciously agreed to take on the role of original distiller at St. George’s, releasing the first barrels of English whisky since the late 19th century. The following year, brewer David Fitt spent four months training with Henderson who was happy to officially go fishing. Fitt now leads the development of new products and heads up the distilling.

Fitt approaches whisky the way a brewer might, seeking innovation and balance and letting the flavor of the ingredients shine. And his talent is garnering notice, having won the awards Icons of Whisky Rest of World 2017 Distillery Manager of the Year and European Whisky of the Year 2015. On his favorite St. George’s whisky, Farmers, the newly released line of grain-forward whiskies Fitt offers “that’s me in a bottle.” 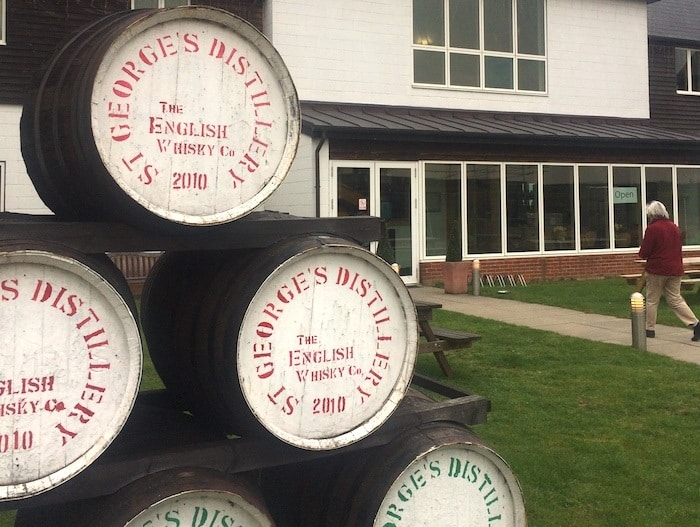 Nose:  Like a cigar enrolled in bittersweet chocolate. There are caramel notes, slight wet wool, bready and fig.

Palate: tip of the tongue is hit with chocolate notes and then a nutty perfume descends to the back of the palate. Here’s a great combination of savory and sweet –the heart of the flavor is somewhat vegetal with a milk chocolate over tone.

Finish: This is very dry whisky. The finish is a dry tobacco with hints of black pepper and some spice.

This is a modern style – fruit forward, bold flavors and without an age statement is a young one.  Much like other once new distilleries like Bruichladdich with plenty of talent in the mix, once the whiskies have a chance to develop and age, the whisky classicist will find plenty here to love.

81
Shares
294
Views
Share on FacebookShare on TwitterGet Our Newsletter
Get Jefferson's Ocean at ReserveBar. Shop now!