At least we are assured the William Larue Weller, the Thomas H. Handy Sazerac Rye, the Eagle Rare 17-Year-Old, and the Sazerac 18-Year-Old Rye meet Buffalo Trace’s high-quality standards. The Sazerac 18-Year-Old is one of two ryes in the Buffalo Trace Antique Collection. If you were not lucky enough to get a bottle at its MSRP of $99, hopefully, you will be able to snag a taste of it.

Like the Thomas H. Handy Sazerac Rye in the BTAC, the Sazerac Rye 18 Year Old has its traditions in New Orleans. In 1850, the Sazerac Coffee House gained fame by creating “America’s First Cocktail.” By replacing the French brandy with rye whiskey and pairing it with Peychaud’s bitters and Herbsaint, New Orleans’ official cocktail, the Sazerac, was born. 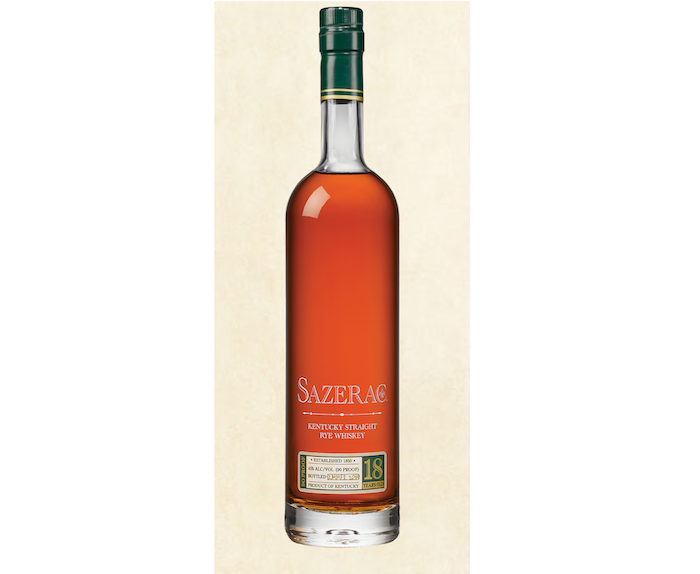 Nose: The nose is abundant with rich aromas. The dram starts with marzipan or almond extract. Lemon zest comes in waves through the nose, but there are subtle layers ranging from umami to fruity. The earthen notes of grass and mushroom hit next. After this, the nose picks up on a vanillin sweetness like crème brûlée. Pear and tobacco leaf round out the nose on the backend.

Palate: Cinnamon and nutmeg mingle with crisp pear. Orange segment comes through in the middle along with the pear from the nose. The finish is dry and peppery with cedarwood.

I found the 2021 BTAC Sazerac Rye to be my third favorite whiskey in this year’s collection. The nose is wonderful, but some elements are missing on the palate. I can say for a fact that it pairs nicely with a charcuterie board.