Editor’s Note: This whiskey was provided to us as a review sample by Sagamore Spirit. This in no way, per our editorial policies, influenced the final outcome of this review. It should also be noted that by clicking the buy link towards the bottom of this review our site receives a small referral payment which helps to support, but not influence, our editorial and other costs.

Have you had an official Maryland style rye whiskey yet? Well, as with much of the American whiskey world, it has a story and that story is begging to be told. This is by no means the entirety of it, but it’ll give you a jump start.

Maryland, along with Pennsylvania, weren’t too far behind Virginia in being among the first places to see spirits produced in the New World. ‘Corn beer’  was being distilled there as early as the 1620s by a man named George Thorpe. Corn was already being farmed by the local indigenous population but as more people continued to dare the journey from Europe to this new and unknown world, they brought with them agricultural items from their home lands. Since the journey took so long, they needed to learn to make their own alcohol in their new homes.

One of the items they brought with them was rye. A heavy German population settled in current day Pennsylvania and Maryland. They began farming rye grain, and while it adapted to and grew well the area, wheat was still preferred in the market places. What did that lead to? Well, there was often leftover rye grain for personal use, which meant some of it made its way into the stillhouse to produce booze.

Dating back to the 1700’s, the emergence of small distilleries on private farms was commonplace. Over time, distinctive areas developed their own styles based on ingredients and preferences. Maryland rye whiskey tended to have a higher percentage of corn than the rye whiskey coming from Pennsylvania (also known as Monongahela) and therefore has a slightly sweeter note. A bit lighter, fruitier and softer, but still with plenty of rye spiced backbone character.

Fast forward 300 years. Sagamore Spirit was founded several years ago and is spearheaded by the founder of Under Armour, Kevin Plank, along with Sagamore Spirit President Brian Treacy. In 2017 they opened a brick and mortar distillery on waterfront property in Baltimore and are making their own spirits now (they have also been sourcing from Indiana). They are tackling this project with determination and the honorable goal of bringing Maryland whiskey back into the public eye.

By blending two mash bills (one high rye, one low rye) and using calcium rich water from the Sagamore Farm, they’re able to produce some really high quality spirits. This Calvados barrel finished whiskey brings in a French influence, and is really a well selected choice for a barrel finish of a whiskey in this style.

Normandie, where Calvados is made, has a regional climate that lends itself better towards pear and apple brandies rather than grapes like much of France. This not only resonates with the entire idea behind Maryland style rye in its unique regionality, but also brings a great pairing to the fruity, spicy style. 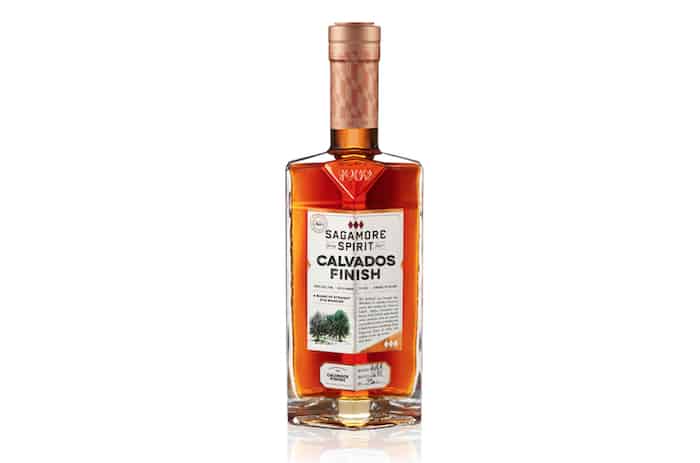 Vital Stats: 101.2 proof; takes straight rye whiskeys “consistent with Sagamore Spirit’s two distinct, signature mash bills” and finishes them for at least 11 months in Calvados barrels before being blended and aged for another 9 months in low-rye American oak barrels; $60-$75 for a 750mL.

Nose: A bit of alcohol tingles the nose as apple, cinnamon and clove come forward, along with fresh oak and red fruits.

Palate: Lovely, soft and creamy on the palate. Plenty of baked red apple. Round, it coats the mouth in a very pleasurable way. Hazelnut, caramel, touch of vanilla, and even some white chocolate and strawberry.

This is only the second Maryland style rye whiskey I’ve had the pleasure of trying, but so far I’m a fan of this particular revival. The softness on the palate, the approachability of the nose, and the backbone of spice all play so well together.

Here, the calvados finish does wonders to help push this whiskey into an anytime whiskey that I’d prefer neat than in a cocktail. I think it is well made from start to finish and the quality of ingredients and thought throughout the blending process can both be noticed.