Editor’s Note: This whiskey was provided to us as a review sample by The Covered Bridges Whiskey Company. This in no way, per our editorial policies, influenced the final outcome of this review. It should also be noted that by clicking the buy link towards the bottom of this review our site receives a small referral payment which helps to support, but not influence, our editorial and other costs.

The Covered Bridges Whiskey Company is among the distilleries looking to honor and replicate historical whiskey. The premise of the company is the relevance of covered bridges to early whiskey production–in that the bridges made the transit of whiskey and raw materials easier. They also go hand in hand in that both are often near the same rivers.

The history of this expression goes back to 1778 when Isaac Ruddell opened one of the first grist mills in Bourbon County: Ruddell’s Mill. A grist mill turns grain into flour, which happens to be a necessary step in making whiskey. As such, early grist mills and early distilleries were often near each other, as well as the covered bridges. The covered bridge near to the mill was called the “Ruddles Mill” Covered Bridge, crossing Stoner Creek. It stood until 1964.

The location was also a benefit to the mill (which early on was simply providing the grain to local distillers) beyond the bridge access. The mill sits by both Stoner Creek and the South Fork Licking River, providing the water needed for when the mill was turned into a distillery in the mid-nineteenth century. The river also added the benefit of shipping access for the whiskey and other products made at the mill over the years.

This expression also carries the history into the mash bill. While not giving the exact bill, they state that it’s high in corn, how the original whiskey would have been. Bourbon didn’t have an official definition regarding the mash bill until 1840; the whiskeys in Bourbon County were high in corn simply because of how much of it grows there.

Ruddell’s Mill is the first label to come out of The Covered Bridges Whiskey Company, and has so far released both a straight bourbon and a straight rye. Both expressions are formulated in the way early whiskeys in that area would have been made. 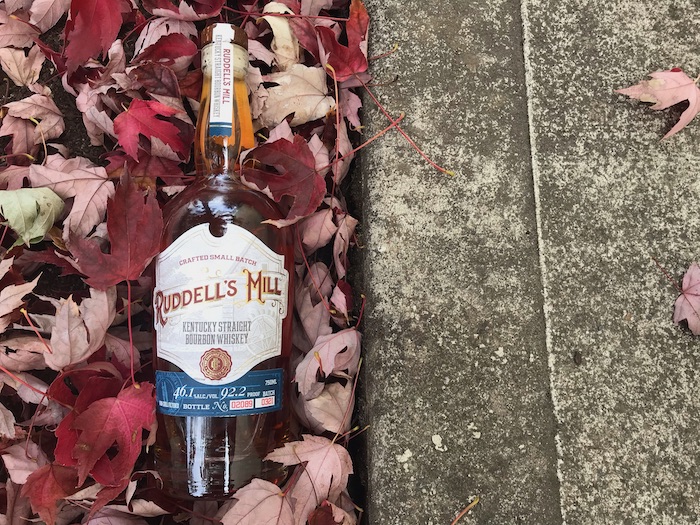 Appearance: Light golden caramel, no legs to speak of.

Nose: Sweet banana and bubblegum pop up right away, moving into a fresh pastry finish.

Palate: Thin in texture. A very similar experience to the nose with a sweeter start of banana muffins. The sweetness becomes less pronounced as it moves back, more like whole grain bread. A very small touch of spiciness pops just before the end. Very quick finish.

This whiskey is perfectly fine. It has a fairly mild taste and nothing particularly unique or mindblowing about it. The price point is a little high for what it has to offer, which gives me some pause in regards to recommending it.