Editor’s Note: These whiskeys were provided to us as review samples by Splinter Group Spirits. This in no way, per our editorial policies, influenced the final outcome of this review.

Generally, I’m a fan of whiskey finished in wine barrels. It’s the best of both worlds: the weight of whiskey and the pleasant mellow of wine. I know that either of those options can be grating on the palate (and I’m being tactful) but when they work together, they can often work very well together. For example, Borough Bourbon or Oregon’s Big Bottom, which has a variety of wine barrel finishes: Their port is my favorite of theirs.

So when I read about non-distilling producer Splinter Group Spirits and what they’re doing with their whiskey, I was intrigued. Their site describes their business as a “partnership between Vintage Wine Estates, The Wilkinson Family and winemaker Bob Cabral.” So it’s definitely a collaboration, which I have no problem with—sometimes too many cooks and all that—but hey, it takes a village, right? (Let’s see how many other clichés I can stuff into this paragraph.) 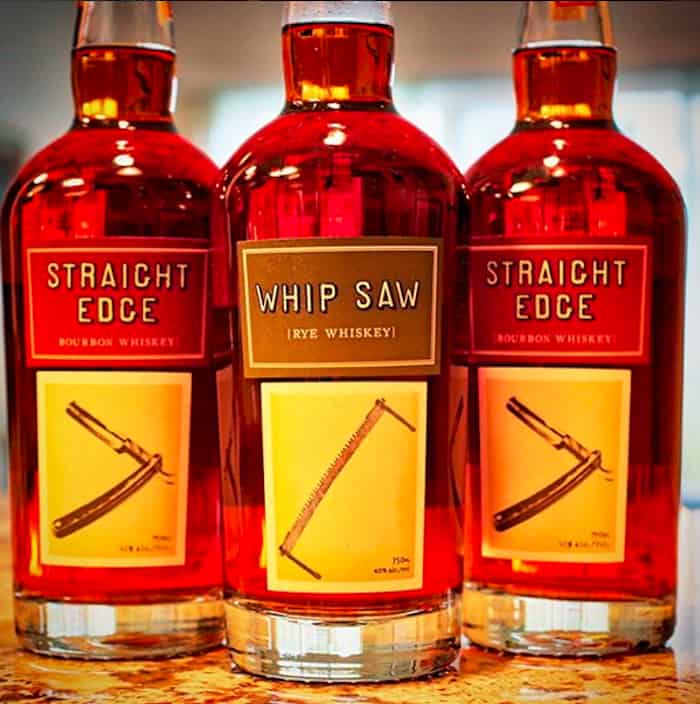 Appearance: A greenish brown. Think lightly tarnished copper. At first I thought I was seeing it because the label is green, but looking at the whiskey, in a glass, on a white background—it was still a little goldish green.

Nose: Fruity. Ripe Bing cherries. And caramel, but caramel inside a candy bar. Not hot caramel, or caramel on its own.  If you’ve ever been weird enough to smell a Snickers bar before you bite into it, it’s sort of like that. But on the whole, nothing overwhelming. It’s quite mellow and pleasant.

Palate: Oh, I like this! The whiskey and the wine do not compete. It’s a subtle symbiosis. This has definitely got wine in its provenance; if you weren’t tipped off that there was wine in its past, you might have guessed. There’s nothing acidic. It’s not the chewiest of ryes, but that’s fine. The corn and the wine bring the mellow.

Final Thoughts: It’s easy drinking and not as fiery as some of the more high-proof stuff I’ve been quaffing lately. It’s not something I’m going to take out of my liquor cabinet and show off like “ooooh,” but it’s not going to be relegated to the back, either.

Vital stats: Mash bill of 70 percent corn, 17 percent rye, and 13 percent malted barley; a blend of 5, 7, and 8-year-old Bourbon from Kentucky and Tennessee; aged in cabernet sauvignon barrels; 84 proof; about $42.

Appearance: Definitely redder than the rye. Again, that’s not from the bottle’s red label. (I promise I’m far less susceptible to whiskey marketing than I am home staging.) This bourbon has a nice shine to it, like a well-brushed thoroughbred horse, or cherry wood, buffed impeccably.

Nose: Time for dessert. But a dry dessert, if that makes any sense. (Not a dry desert. I know that’s where you were going.) It’s not unctuous. Graham crackers. Gingerbread, but the cakey version, not cookie-like. Basically anything that’s been baked and not gooey. Again like the rye, this isn’t like a “whoah! What’s THAT?!” kind of smell. It’s subtle.

Palate: I have to say, I really, really like this. I think I like it more than my colleague did almost three years ago. It’s like a soft Châteauneuf-du-Pape wine (even though this was aged in cabernet barrels). It whispers, it doesn’t shout. Sometimes you just need something in your glass that isn’t weird or off-putting or high-energy.

Final Thoughts: I am happy with this—very happy—as a sipper. I would drink it when I don’t want high-proof but I also want something satisfying. If it gives you any indication, I was going to taste something else the evening I tasted this one and decided not to. I wanted to go out with this one. You may want to do the same.