Editor’s Note: These whiskeys were provided to us as review samples by Clyde May’s. This in no way, per our editorial policies, influenced the final outcome of this review.

Clyde May’s has several products in their line up these days, but the newest is their Straight Rye Whiskey. Along with that is a yearly release of Clyde May’s Cask Strength Alabama Style Whiskey. Today we’re getting to try that new rye, along with a nine-year release of their cask strength.

Clyde May’s has a rich story that helped label them as Alabama’s Spirit of the Year in 2004 (which the Alabama governor apparently tried to veto). They have also been considered one of the fastest brands in 2018 by U.S. Nielson top 100 American Whiskey Brands. They do source their whiskey from Kentucky and Indiana, something you notice once you read the entire label. These are all things worth considering, but flavor and quality will be the real test. The Alabama style whiskey has a higher rye and barley content than their straight bourbon, and the rye mash bill was difficult to track down.

South of Montgomery, Alabama, near Troy, Clyde May’s is beginning their own operation. With a $15 million investment, along with partnerships with the town of Troy, this Alabama Style Whiskey will find a new home near where it all started. Clyde May began distilling in the 1940s with local ingredients and creativity in the same area. His whiskey was finished with baked apples, giving it smoothness.

This vital step for the brand’s reputation isn’t obviously described on the modern labels. Some have ‘apple essence’ added, or are ‘finished with a hint of apple.’ I, for one, cannot wait to visit the new distillery and learn more about what is actually going on behind the label. 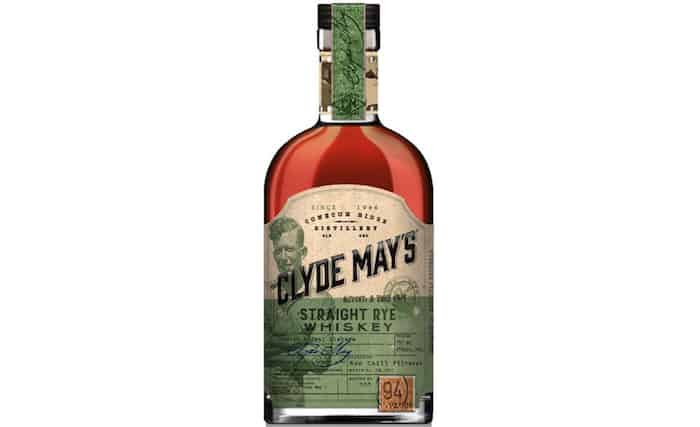 Appearance: Pale amber with a tinge of emerald.

Nose: Light and slightly floral with a touch of ‘dankness’ not dissimilar to hops. A bit of rubber or shoe polish is present.

Palate: Green tomatoes, sage, and iodine. Bit of smoke from the barrel char and good spice too. It is relatively complex with acidity, wood, and cereal all bouncing around.

Final Thoughts: Complexity and mouthfeel are pleasant for a 3-year rye, but there is an unpleasant note similar to solvent or rubber. Once you become accustomed to that there are interesting spice and wood influences that would make this a nice cocktail rye.

Nose: Difficult to absorb without dilution, but baked fruits and spices come first, and just a touch of petroleum. A few drops of water brings honey, roses and vanilla.

Palate: Spicy (or is that alcohol burn?) and then very sweet. Alcohol definitely comes next, with a spiced and nutty finish that includes cereals, almonds, and coffee. Dilution brings a chewy character that carries orange zest, white chocolate and macadamia nuts alongside wood spice and vanillas.

Final Thoughts: With the proof comes a lot of burn, lending itself as a on-the-rocks whiskey. Big and robust, with perhaps a bit of that baked apple they allude to in their story. I think a cask strength release should be hot, but also smooth. This one has nice tasting notes but is a bit hard to handle, and is a bit too sweet for a cask strength whiskey.