Editor’s Note: This whiskey was provided to us as a review sample by Royalty Spirits. This in no way, per our editorial policies, influenced the final outcome of this review. It should also be noted that by clicking the buy link towards the bottom of this review our site receives a small referral payment which helps to support, but not influence, our editorial and other costs.

Fun fact: the liquor industry is not diverse. Chaunci King will tell you, “It’s tough being a woman, and it’s tough being a Black woman in this industry” because “it’s a very male dominant industry. To be totally honest, I had to play the game where I would have to send in someone who didn’t look like me.”

King, an entrepreneur, owns Royalty Spirits in Portland, Oregon. After setbacks of getting her product into bars and liquor store shelves, it only took one day for King to sell out of her recently launched Rex Whiskey.

July 7th, 2020 garnered attention as a Blackout Day, in which people were encouraged to buy products from Black-owned businesses to show support. Overnight, after many social media posts promoted Royalty Spirits, King’s entire stock of Rex Whiskey disappeared. The rye whiskey, aged in ex-burgundy and ex-bordeaux casks, is currently on pre-order.

King is the first African-American woman to own a liquor company in the Pacific Northwest. In 2015, through Prosper Portland, she won the PDX Startup competition. Royalty Spirits is just the start, as King wants to start her own distillery. Besides Rex Whiskey, Royalty Spirits also has a vodka line, Miru Classic and Miru Pear, and a line of CBD-infused mixers. King also hopes to help other female entrepreneurs entering the liquor industry, so that they will have an easier time than she initially did.

Oregon is home to many distilleries and liquor companies, so let’s see how Rex Whiskey stands out… 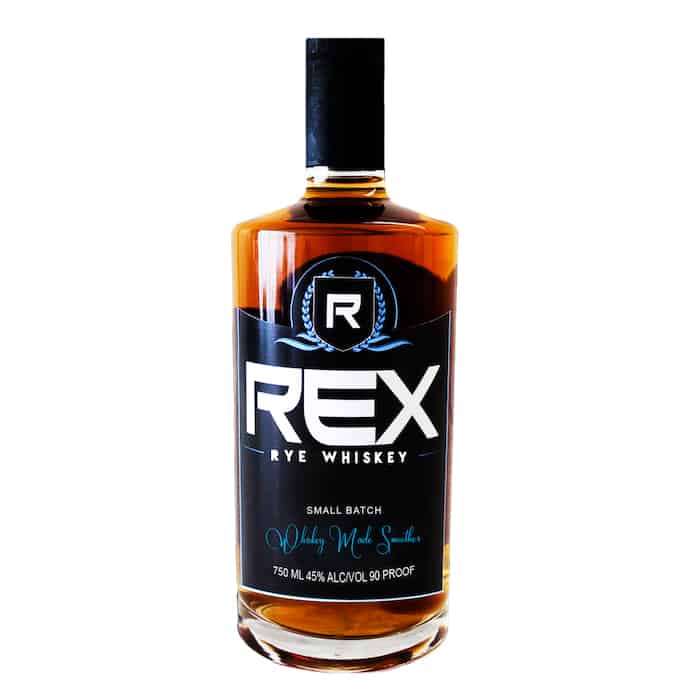 Nose: Have you ever smelled the top of a newborn baby’s head? Rex Whiskey seems to have encapsulated that scent in a bottle. The nose is heavy with jasmine, mint, and cherry vanilla that somehow combines to mimic the smell of baby powder. Despite its proof, it does not singe the nostrils like similar ABV whiskies. The middle offers lemongrass. Overall, it’s very perfumy.

Palate: The mouthfeel is soft and velvety, but does burn from the ABV rather than from the rye. Lemon oil graces the start of the dram. The cherry from the nose is basically unnoticeable since it is subdued. While not overly sweet, it is however bitter with phenols. The finish has a touch of burnt coffee beans, and that is where the rye spice pops up. The aftertaste is grassy.

For a rye whiskey, Rex Whiskey is mild. Anyone will enjoy it, and I highly recommend it as a good rye to try for the beginner or novice whiskey drinker. It doesn't burn from the typical rye spice, it just burns from the alcohol content. I prefer Rex with one a bit of ice just to take down the heat of the ABV. The nose has a lot to give, but on the tongue it isn't overwhelmingly complex.

3.5
User Rating ( votes)
Sending
8
Shares
1.4k
Views
Share on FacebookShare on TwitterGet Our Newsletter
Cheers to the Dads! Personalize a bottle of his favorite whiskey to create a modern gift for the modern man. Use code: FATHERSDAY20 for $20 off your next order of $100 or more at ReserveBar