The Castle and Key journey has roots dating back to 1887, when Colonel Edmund Haynes Taylor, Jr built a castle at his Old Taylor Distillery inspired by European architecture. Unfortunately, Prohibition closed the Old Taylor distillery in 1920, and the property changed hands many times before falling into ruin. In 2014 the property was purchased to be the home of Castle and Key. Wes Murray and Will Arvin didn’t just renovate this old distillery; they restored it to its original status as a bourbon tourism destination.

Murray and Arvin loved bourbon culture, but they also wanted to build something different, something to challenge convention. They assembled a team of people from outside the industry who believed in their vision and didn’t listen to the industry experts that thought they were crazy. They chose to restore the old ruins to their former glory rather than start over or just “renovate” it. It was important to them to keep the site as close to the original as possible with the European-inspired architecture and gardens.

Restoration Rye’s whiskeys are distilled onsite. To start from scratch on Restoration Rye took a lot longer than sourcing already barreled whiskey, but Murray and Arvin felt it was an important part of “reimagining” the way spirits were presented to the world.

Castle and Key’s first product was barreled in 2016. In 2020, Restoration Rye Batch One was born when it was released to the world. There have been two batch releases. “Each batch of our Restoration Rye Whiskey is blended using a series of pods. Each pod is created by grouping barrels to create a specific sensory profile,” said Castle and Key on their website. Maybe it’s just marketing terminology that they’ve developed to say that they select barrels like everyone else, but it’s a fun spin.

You could say, the whole Castle and Key distillery from grain to glass, from the gardens and koi pond, to the buildings is a sensory experience. It’s not your everyday Kentucky distillery but meant to be a destination for anyone that loves European architecture. A true tourist destination for one and all. 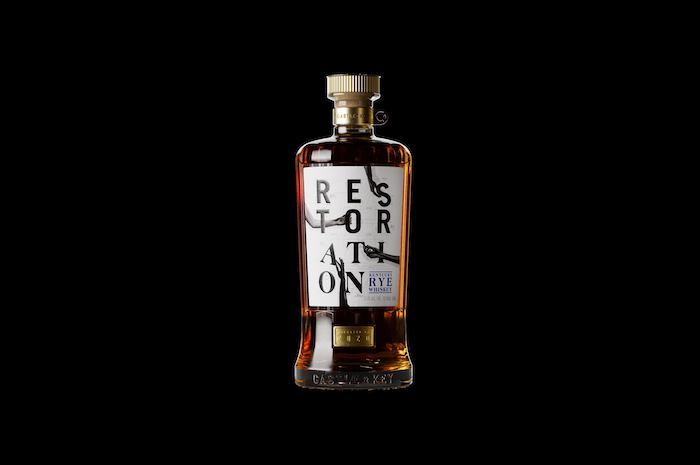 Palate: The flavors are simple and umami-based which is very different than the sweetness on the nose. There’s a little black pepper, citrus zest, and roasted corn heat at the back of the throat that eventually settles on the tongue as a maple syrup.

The nose is like a sweet tropical vacation, but the palate is more like a county fair with its warm umami flavors. It has a spicy heat that eventually settles on the tongue after a quick trip on a roller coaster. The ride was smooth but definitely unique. To me, ryes are typically sweet so this one took me a little by surprise which is nice. If you're looking for a more unique rye then Restoration Rye should be on your list.

3.5
User Rating 4.33 (3 votes)
Sending
15
Shares
1.9k
Views
Share on FacebookShare on TwitterGet Our Newsletter
Cheers to the Dads! Personalize a bottle of his favorite whiskey to create a modern gift for the modern man. Use code: FATHERSDAY20 for $20 off your next order of $100 or more at ReserveBar