For those of you thinking of touring the Kentucky Bourbon Trail, remember there are some hidden gems in northern Kentucky. In fact, you may even want to consider flying into Cincinnati, Ohio instead of Lexington or Lawrenceburg, and making the one hour drive to Old Pogue Distillery before heading south. Old Pogue, located in Maysville on the Ohio River, is a beautiful and revitalized distillery making very old-fashioned whiskey. As the No.3 registered distillery in that state, it carries a strong family heritage and a recipe book dating back to the late 1800s.

The original distillery was closed during Prohibition, despite some strong attempts to keep it operating. It was reopened under different ownership in 1935. Today the land once again lies in the hands of the Pogue family. The fifth and sixth generation Pogues (Paul and John, respectively) began refurbishing their brand in the early 2000s.

Old Pogue currently markets two bottlings: a bourbon and rye. Their Old Maysville Club Kentucky Straight Rye Malt Whiskey features a 100% rye mash bill that’s been malted. Generally speaking the malting process for rye is very similar to barley, and provides the same necessary enzymes for the fermentation process. They located the new distillery very near the original so as to take advantage of the ideal limestone-rich water and undoubtedly the fantastic view of the Ohio River as well. 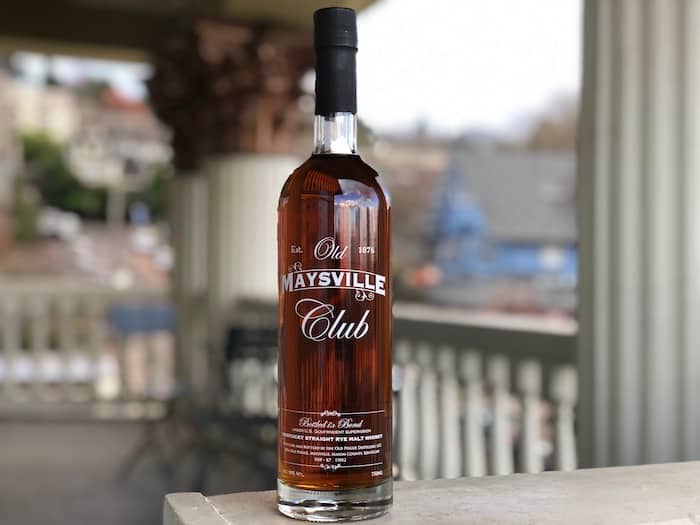 Nose: Aromatically underwhelming until compared to another whiskey! It is difficult to find any nose at first, but for some reason side by side comparisons makes it pop. Time in glass also allows it to open dramatically. Fresh cherry cobbler pairs with the cereal note of malted rye. There is a balancing warm biscuit depth and green apple high note.

Palate: Green apple and (bitter) malt. Slight hint of cherries with a lot of oak. Finishes with vanilla and some spice.

I revisited this whiskey after my initial thoughts were a bit confused. Having returned with a fresh palate, I admittedly remain slightly unsure of what was exactly going on. The oak and the malted rye focus shine through more than any other subtleties. While some green apple and spice occur, it leaves a bit of a burn on the finish and is not something I keep wanting to go back to. I returned a third time after leaving it in the glass for a while and found the nose opened dramatically, which pushed the palate to a more enjoyable perspective.

This is an incredibly honorable whiskey with a very traditional recipe and method, but I think it lacks slightly in taste, complexity and balance. Nevertheless, I'd recommend a visit to the distillery and a trip through history with a glass of this rye whiskey.