We introduced Heaven Hill’s new limited-edition Bottled-In-Bond series of Old Fitzgerald in March, and now we’re excited to review the latest release. As a leading producer, the Heaven Hill distillery boasts an incredible volume of bottled-in-bond whiskey. Their Old Fitzgerald project began in 1999 when Heaven Hill purchased the brand and began aging wheated bourbons in the 2000’s under the late Parker Beam and his son Craig.

Now headed by Denny Potter and Charlie Downs, the Old Fitzgerald Bottled-In-Bond series is a true expression of history. Adhering to the bottled-in-bond regulations, this whiskey was distilled during a single year at a single distillery, aged for at least four years in a bonded warehouse, and bottled at 100 proof. Heaven Hill adds another layer by distinguishing between two distilling seasons each year – spring and fall – hearkening back to a time when distillation was more closely dependent on seasonal grain harvests.

The bottled-in-bond regulations were developed to ensure quality during a time when product tampering was more common. Old Fitzgerald, Larceny, and a handful of other brands are tribute to the days where the best whiskey was approved and monitored by the Bottled-in-Bond Act of 1897. It may be less necessary in some respects to follow these rules today, but the heritage ensure quality. Plus we all like to enjoy a story with our whiskey.

This particular bourbon was distilled in fall  2008, which was a slightly warmer and drier year than usual. Another important feature is that Old Fitzgerald is a wheated bourbon. At 20% wheat, it approaches the ‘seasoning’ of the corn differently than rye ‘flavored’ bourbons. Softer and less spicy, some of the most desired bourbons fall under the wheated category, often because they are usually fantastic neat. 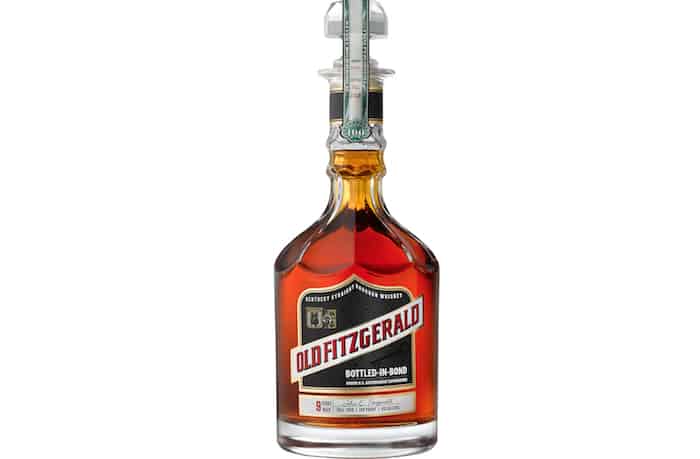 Just knowing that you’re drinking a season's worth of hard work makes this whiskey a special occasion. It is very much an ideal sipping bourbon, one worthy of the price. You don’t notice the oak or the proof as much as you might expect, which might lead you looking for a little bit more complexity after the first few sips. However, the flavor and minerality, along with fruit and overall smoothness, make this an exceptional example of a bottled-in-bond bourbon.

4.5
User Rating 3 (46 votes)
Sending
168
Shares
1.6k
Views
Share on FacebookShare on TwitterGet Our Newsletter
Cheers to the Dads! Personalize a bottle of his favorite whiskey to create a modern gift for the modern man. Use code: FATHERSDAY20 for $20 off your next order of $100 or more at ReserveBar