Editor’s Note: This whiskey was provided to us as a review sample by Lost Lantern. This in no way, per our editorial policies, influenced the final outcome of this review. It should also be noted that by clicking the buy link towards the bottom of this review our site receives a small referral payment which helps to support, but not influence, our editorial and other costs.

With one very specific distinction, however: their purpose. “The Great Whiskey Road Trip” was the initial step in creating Lost Lantern’s independent bottling program. Independent bottling, while fairly standard in Scotland, is a much more recent concept in America, with very few bottlers even attempting it here. Lost Lantern took their cues from Scotland in terms of style, but is committed to showcasing what American whiskey has to offer.

In doing so, they’ve taken a very hands-on approach. Their cross-country trip included visits to distilleries to check out the operations and taste through single barrels, both for release on their own and as blends. Ganley-Roper and Polonski don’t release anything unless they’ve tasted the product and personally been to the distillery.

This release, however, was a little closer to home for them. New York Distilling Co. opened in 2011 and distills in the Williamsburg neighborhood of Brooklyn and upstate in Pine Island. New York City is not exactly flush with distilleries, in large part as a leftover from Prohibition. New York Distilling Co. is trying to right that wrong, and honor the distilling and cultural past of New York.

Which they’re able to do because of a change in New York distilling laws. A major reason distilling didn’t come back to New York right away was because of the exorbitant cost of a distilling license. The 2007 law change allowed for a much cheaper farm distiller’s license to be used – so long as 75% of the materials that go into the spirit are grown in New York.

Which means that we can be reasonably confident we’re getting some serious New York terroir in this four-year, eight-month old rye whiskey. Considering the broad range of whiskey Lost Lantern is prepared to offer us, I have to imagine unique terroir will be a staple of their releases. 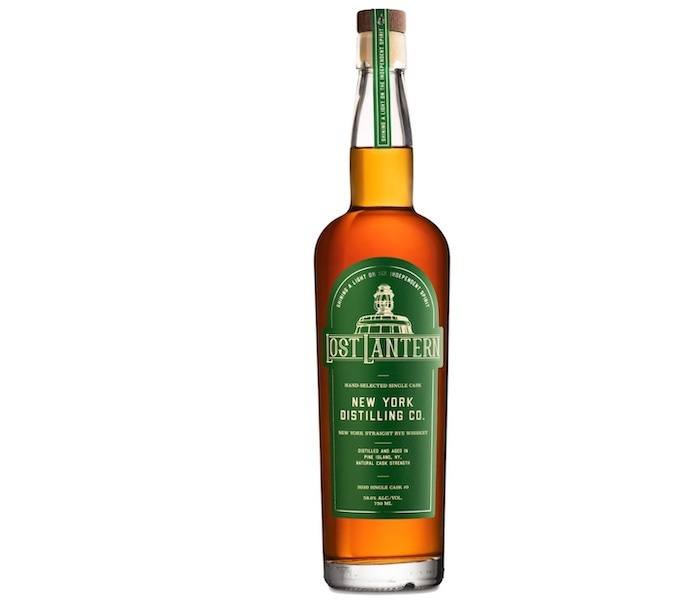 Nose: A whisper of fir tree grows into fresh cream and powdered sugar, with banana at the end.

Palate: Latex comes out first and blooms, then sweetens into tropical fruit, particularly banana and papaya. The fruitiness becomes dried on the finish, reminiscent of dates.

I didn’t particularly care for this, but I can’t deny that it’s flavorful and has interesting notes coming forth. It’s fairly sweet, and I feel that a rum drinker might enjoy this whiskey. I can definitely envision a use for this in cocktails, particularly for a fruity or tiki-style drink.