Freddie Noe IV was all of five years old when his grandfather, who went by the nickname Booker, retired as Jim Beam master distiller. That just meant young Freddie, who quickly acquired the nickname Little Book, had more time to go fishing with his grandad and follow him around the Beam Distillery.

It was a decade and a half later, after Booker Noe had died, before it occurred to Freddie that he might want to go into the family business himself. His father Fred Noe had by then taken over as master distiller, and Freddie went to work learning how to make whiskey and run a distillery.

Part of learning the ropes is developing his own label, according to his own dictates. Enter Little Book, an annual release Freddie Noe started in 2017 as a tribute to his grandfather. The bottle and label look similar to Booker’s Bourbon – and Freddie likes to talk about a commitment to making things “the Beam way” – but what’s inside the bottles so far has shown an independence and level of creativity all Freddie’s.

Rather than straight bourbons, the Little Book releases have been blends. The fifth chapter comes with the name “The Invitation,” which Noe says is a prompt for whiskey drinkers to expand their palates, break out of the ordinary, and drink something unexpected.

Little Book Chapter 5 is anything but ordinary, featuring malted rye along with a mix of young and old bourbons. For this release, Noe blended:

Each Little Book chapter is intended to feature “new, unique blends — a first for the [Noe] family,” according to the Little Book website. “Uncut, unfiltered, and always one-of-a-kind, each limited release offers Freddie the opportunity to follow his curiosity to create a new taste profile.”

His taste profiles come with a high price tag, but there’s no denying they continue to be interesting. 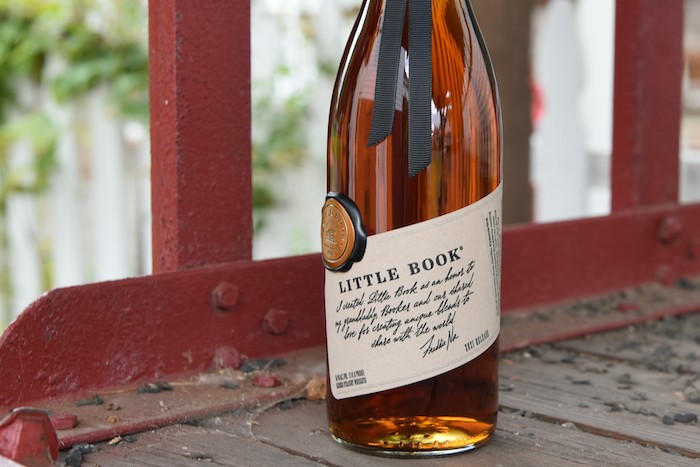 Vital stats: Blend of three bourbons and a malted rye; 116.8 proof/58.4% alcohol by volume; MSRP of $125 for a 750ml bottle, but expect to pay considerably more on secondary markets.

Appearance: A golden amber color, with whiskey that looks viscous and leaves prominent legs that slide slowly back down the sides of the glass.

Nose: Black cherry, plum, apple butter, and something vaguely nutty like marzipan. After I stick my nose in the glass for extended amounts of time, I find cinnamon and citrus notes, as well.

Palate: Rich and creamy vanilla, with a surprising nutmeg spiciness. The mid-palate brings forward the types of dried fruits you might find on a charcuterie board – fig and apricot, in particular. The finish is long and warm, ending with hints of brown sugar.

On Instagram and Twitter, Freddie Noe’s user name is @beamgeneration8 – a sure sign the eighth-generation distiller and great, great grandson of Jim Beam doesn’t shy away from his family’s legacy. He leans in, if anything, and accepts the pressure that comes with name recognition. I can’t speak to all of the earlier Little Book chapters, but the fifth edition is a fun one that is undeniably part of the Beam family while adding something new and distinct. Chapter 5 balances nicely between sweet and spicy, between the wood and the grain, between Beam’s past and, just maybe, its future.