Larceny Barrel Proof is released three times a year: January, May, and September. Each release will have a different proof and consist of barrels ranging from six to eight years old. Larceny uses unique naming convention for this whiskey: The alpha character shows which batch of the year this bottle is from; the number that follows represents the month of the release; nd the last two digits point out the year of the release. So this one is C (the third release for the year), 9 (for September, the ninth month of the year) and 20 (because 2020, man).

I was excited when I got the bottle of C920 to review. I previously tried this style of Larceny back in March and liked it a whole lot, giving it 4.5 stars out of 5. If you missed that review (shame on you), highlights include: 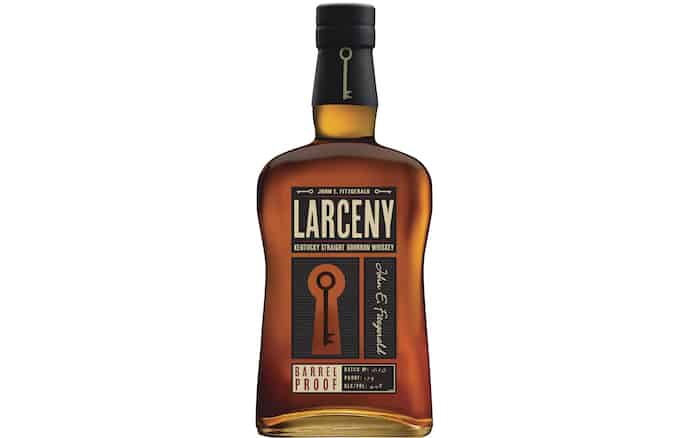 Appearance: Dark orange. The last throes of a beach sunset. The color of apple cider but with the shine of filtered juice. There’s like a flashy luster to it, like the shine of leather on a beautiful Italian leather purse.

Nose: Daaaang, this is tasty. Love at first whiff. It’s got all the bourbon-ish rich goodness that wraps around you like an elegant cape. Toasted marshmallow: Check. Butterscotch: Check. Vanilla: Check! No alcohol fumes to be found. Also it smells like it’s been sitting around for longer than 6-8 years—like there’s a surprising amount of depth.

Palate: Well, hello, there! The mouthfeel is not too thin, not too fat. There’s caramel. Candied orange peel. Butterscotch, again. Is this high-proof? Sure is—but you wouldn’t know it. It’s about what it has and what it does not have: unpleasant notes and firewater and acidic cringe. And for about $50, this is a really, really great deal. It tastes like a far more expensive whiskey. If you can find this, it’s not a terrible gift idea for this holiday season! You will not go wrong.

This whiskey is like being cornered in a phone booth (I know! I know. I’m old, who cares) with someone you like. It leans into you, daring. It wants you to know it’s into you. It doesn’t play games. It’s straightforward. It wants to get to know you better and can it take you back to its apartment and show you its etchings? Yes, please.