“What should I pick up when I’m in Kentucky?”

It’s one of the most common questions fielded by anybody who works in the whiskey industry—or just loves bourbon—and now, there’s a new potential answer.

After several decades of silence, the King has returned as an upscale limited-edition release. This inaugural release is a selection of 14-year-old single barrels, bottled at cask strength with minimal filtration. Only about 1,000 bottles were released, with a suggested retail price of $199.

While the brand says future batches will be different, one thing they’ll have in common is the scope of their release: They’ll only be available in Kentucky, which means laying your hands on a bottle will likely either include some travel or a foray into the secondary market. 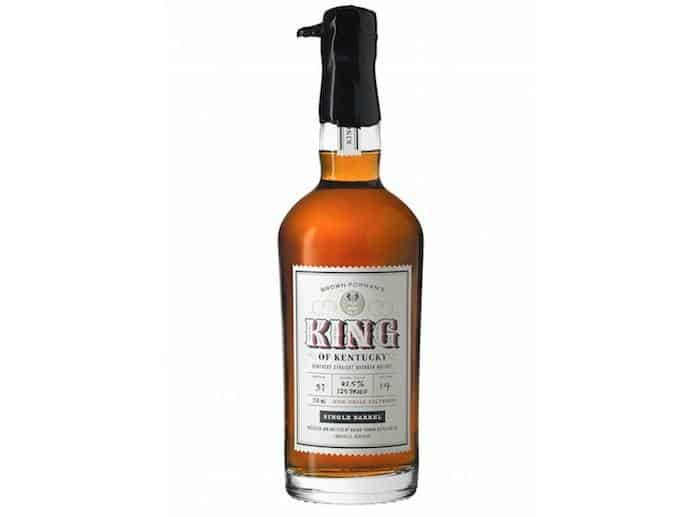 Nose: It might be late summer out there, but in this glass I hear Yule bells chiming. I get powdered sugar, fruitcake, gingerbread, eggnog dusted with nutmeg, and the inside of an oak chest that doesn’t get opened very often. Festive!

Palate: Hang on to your sinuses folks, because this is hot. Maybe I got a sample from the 72.5% ABV bottling? Drinking this neat feels a little like going on a roller coaster that you had to stand on your tip-toes to get into. It’s a little too scary to be fun, and you spend most of the time clinging to the sides murmuring to yourself, “It’ll be over soon, it’ll be over soon.”

Anyway, water helps immensely. I get lots of sweetness and pronounced eggnog, plus dried cherries, blackberry jam thumbprint cookies, wet paint, loads of vanilla, cinnamon, and brittle toffee. The oak is very well integrated and the long finish, while not without sweetness, ends on a dry note.

The nose is fantastic, but at bottle proof the drinking experience is pretty rough. If you love high-proof bourbon you won’t be disappointed, and if you don’t? Well, there’s not much to go around, so my suggestion is to leave this for the fire breathers—you know who you are.