Editor’s Note: This whiskey was provided to us as a review sample by Kentucky Owl. This in no way, per our editorial policies, influenced the final outcome of this review. It should also be noted that by clicking the buy link towards the bottom of this review our site receives a small referral payment which helps to support, but not influence, our editorial and other costs.

It’s always exciting when something gets a chance at a second life. It inspires hope, even in the most cynical of times. And when it involves whiskey, we all reap the benefits.

At the same time the Dedman family was making whiskey, they were also creating the Beaumont Inn, which would continue to be run by each generation up to the present. Dixon Dedman is the current innkeeper, and may have remained just that if he hadn’t met Mark Carter of Carter Cellar’s. The two created a plan for a revival of Kentucky Owl, with the first release (distilled at Bardstown Bourbon Co.) coming out in 2014.

Since then the portfolio has grown, as well as the physical distillery itself. Stoli Group bought Kentucky Owl in 2017, after which Dedman left the company. The next big move for the distillery is what they are calling Kentucky Owl Park, to include the distillery, aging rickhouses, and a bottling center at the least, with plans also mentioning a convention center and even a train.

While the plans have been detailed and impressive (including actual pyramids), they have not yet come to fruition. Earlier this year Stoli brought on David Mandell, co-founder of Bardstown Bourbon Co., to lead the project, so hopefully we can still expect to see the “Disney World of Kentucky Bourbon” come to life.

In the meantime, we still get some delightful whiskey. The Wiseman is named for a phrase attached to the original Kentucky Owl whiskey, calling it “the wise man’s whiskey.” The expression is a blend of wheated and high-rye bourbon produced and aged for four years at Kentucky Owl – the first expression to do so – as well as sourced Kentucky bourbons aged 5.5 and 8.5 years. Bardstown Bourbon Co., who has been distilling for Kentucky Owl since the revival, continued to collaborate on The Wiseman. 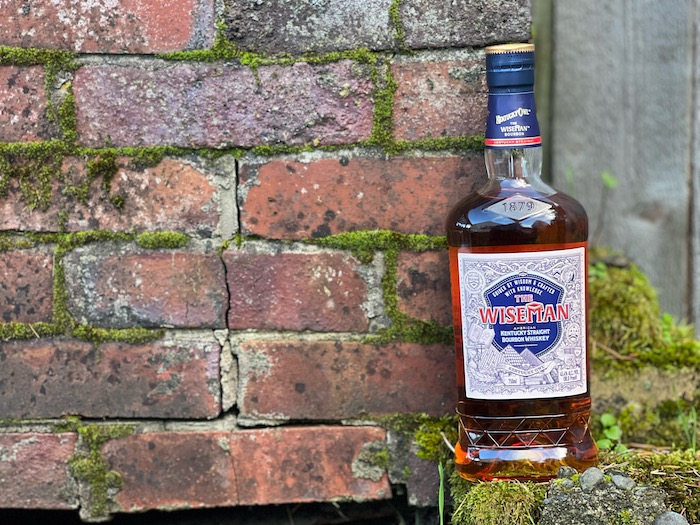 Nose: Savory herbs and celery come through, with the umami quality of mushrooms. It finishes sweet and heavy, with dark cherry.

Palate: The palate has a light, silky texture. Toasted oak comes through in a honeyed fashion. Freshly prepared oatmeal with a savory, buttery quality follows up. The finish returns to the nose with an artichoke-y vegetal feel, without really skewing bitter.

This is a complex bourbon, perhaps because it is the composite of so many different elements. It creates a product that has layers of notes that blend so seamlessly the individual notes are not quite so distinct. I always like Kentucky Owl, and the first expression with their own juice is no exception.