I have heard it said that no matter where you go in the world you will always meet someone who is familiar with, or at least heard of Elvis, Jesus, and Coca-Cola. I have yet to be able to find out if this notion is true or not, but when I do, I may add to the question a frequent collaborator of the latter: Jack Daniel’s.

Elvis and Jack Daniel both called Tennessee home, Coca-Cola is also from the south and Jesus has always been its favorite celebrity. Though, if you look hard enough, you can find coincidence in pretty much everything. Having been familiar with all of these entities, I’m also struck by a difference that has stuck with me since I first visited the Jack Daniel’s distillery; all of this world known product comes out of all very small town and is made by a handful of people, many whose families have been working there for generations.

The current Master Distiller,Chris Fletcher, certainly carries on that tradition. A big reason why Jack Daniel’s is so well known has to do with the consistency of the product, but also a willingness to experiment and adapt but also with an eye on the tradition that got you there. So, with keeping that all in mind, one of the first special releases that we are seeing under Chris’s watch is the first age stated release from Jack Daniel’s in over 100 years.

As well as this being a permanent addition to the portfolio, this is also serving as Jack’s Super Premium competitive set and will be rubbing shoulders with the likes of Pappy, Michters, and Whistlepig in the highly-allocated and much-sought-after limited releases section.

One aspect that I think will be especially interesting with the 10 year will be the ability to compare and contrast with the Flagship Jack Daniel’s. The distillery has alway been one of the more transparent brands in regard to their process. They are very forthcoming with their mash bills, barrels, water source, charcoal filtering and aging. Traditionally, once the new-make whiskey is placed in a rack house at Jack, the barrels do not move until they are called upon to be bottled. The barrels for this release have been moved seasonally over the last ten years. The bottling proof is also different from the usual 80. So this is very interesting to me to have the opportunity to see how the effect of time, barrel placement, and proof variation can impact the same recipe that most of us are already familiar with. 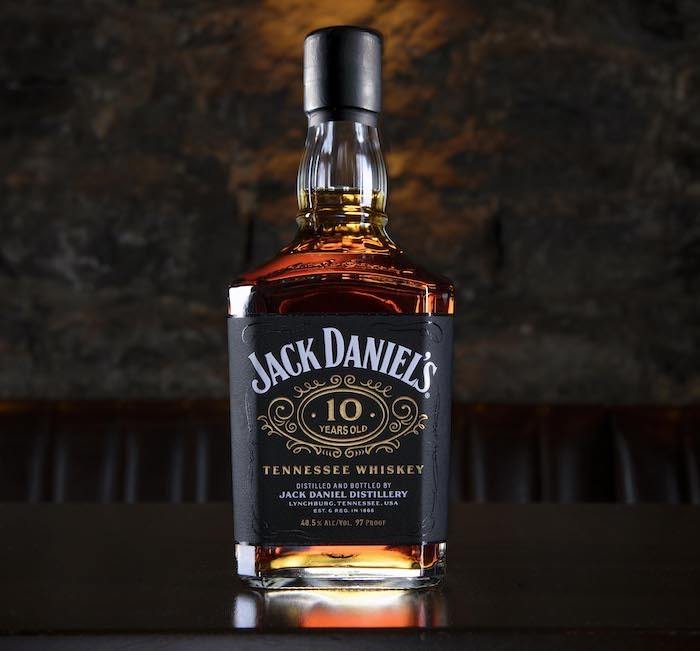 Nose: Banana and stewed figs mix pleasantly with oak, balanced and not overwhelming.

It would be easy to say ‘this isn’t the Jack I had in college’, or ‘this one doesn’t need a mixer and you could just pour it over your pancakes!’. This deserves more than that. This is not what I was expecting, it’s distinctive and stands alone. It’s high proof but not hot, it’s soft, rolls over the tongue, and the finish has a lot to say. This small town in Tennessee makes a big impact once again