Isaac Wolfe Bernheim immigrated to the United States from Schmieheim, Germany in 1867 with only four dollars in his pocket. Today, he’s known as an American businessman and credited for starting one of the premier bourbon whiskey brands.

The Bernhiem Bros. distillery was founded by namesake Isaac, his brother Bernard, and their friend, Elbridge Palmer, as a silent partner in 1970. The I.W. Harper brand has been around since 1872. Just after I.W. Harper was started, Palmer was bought out, and Isaac’s brother in law Nathan came on board making it Bernheim Brothers & Uri.

The brand has changed hands a few times since the original launch by its founders. I.W. Harper is now owned by Diageo. Bernheim and the I.W. Harper brand are historically significant because “the success of his distillery and distribution business helped to consolidate the Louisville area as a major center of Kentucky bourbon distilling.”

Although the I.W. Harper 15 year overshadows the I.W. Harper Kentucky Straight Bourbon Whiskey, this bottling is not without note. There’s not much written about the production, age and reintroduction of this spirit. There’s more buzz around the 15 year and the brand itself. The I.W. Harper Kentucky Straight Bourbon Whiskey is perhaps more of an entry level whiskey but also one to be enjoyed for what it is. We can’t only drink 15-year bourbons. So let’s discuss how this one rates. 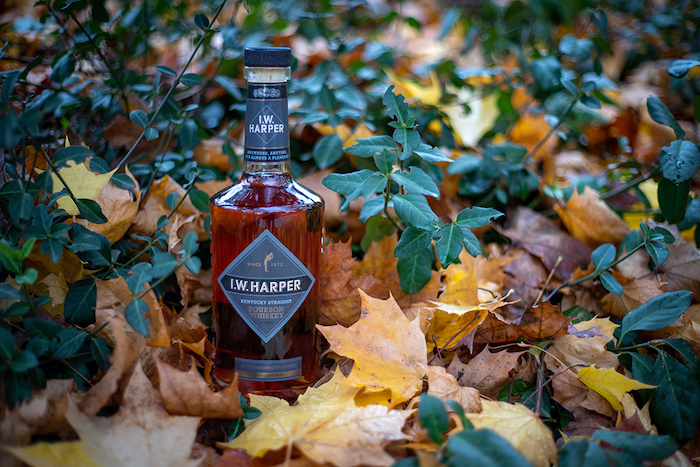 Nose: The aromas are very mild but pleasant, like a picnic on a warm spring day. There’s citrus, apricot, and clover.

Palate: The palate is consistent with the nose. I love when there’s no weird surprises. The I.W. Harper Kentucky Straight Bourbon is everything you would expect from a bourbon, with its fruit and vanilla flavors.

It’s a simple bourbon, but if you like bourbon, then you will like this one. If you don’t know if you like bourbon, try it! The palate is very consistent with the nose. I didn’t think it was too sweet but enjoyed the light oak, apricot, vanilla, and citrus flavors. The mouthfeel is light, which makes it a good all-season whiskey to enjoy neat or on the rocks. The flavors are a bit heavier and darker than the mouthfeel which makes it enjoyable for me. This would be the perfect bourbon for cocktails as well. Perhaps try it for your next Manhattan.