Editor’s Note: This whiskey was provided to us as a review sample by American Freedom. This in no way, per our editorial policies, influenced the final outcome of this review.

Back stories in the world of spirits always make them a little bit more interesting and enticing. Enter American Freedom Distillery, located in St. Petersberg, Florida. A group of ex-Special Forces veterans, noted both in the annals of recent military history and also a recent movie for being among the first on the ground in Afghanistan post-9/11, turned their collective skills learned during military service into the foundations of what they hoped would be a successful distillery operation.

The mission statement and inspiration for the distillery is “Legendary men, legendary spirits.” It is an ode to their fellow service men and women as well as a dedication to their current craft. The Whiskey Wash was recently able to speak with one of the co-founders of American Freedom, Scott Neil. It’s a good story, and I believe that they are on the proper path, not rushing the process and doing it right.

As you might gather, the name of the bourbon, Horse Soldier is a referral to those Green Berets that entered Afghanistan shortly after 9/11 via horseback on a daring mission. “These brave men are honored today by the America’s Response Monument at Ground Zero. Nicknamed the Horse Soldiers, these same men make the bottle in your hand with the image of this statue.” On the front of the bottle is a metal plate with an engraved image of the statue found at the monument, making it unmistakable and pretty cool.

Their operation currently has a rum distilled on site that is available, with plans of adding a gin and vodka to the mix. The bourbon is distilled and stored out in Ohio in conjunction with Middle West Spirits. The founders of American Freedom selected two different mash bills for production. One wheated and one rye heavy, and currently have over 3000 barrels aging. This version of the Horse Soldier bourbon is the wheated recipe, most likely as a means to have an easy drinking and approachable opener for their foray into the ways of whiskey. 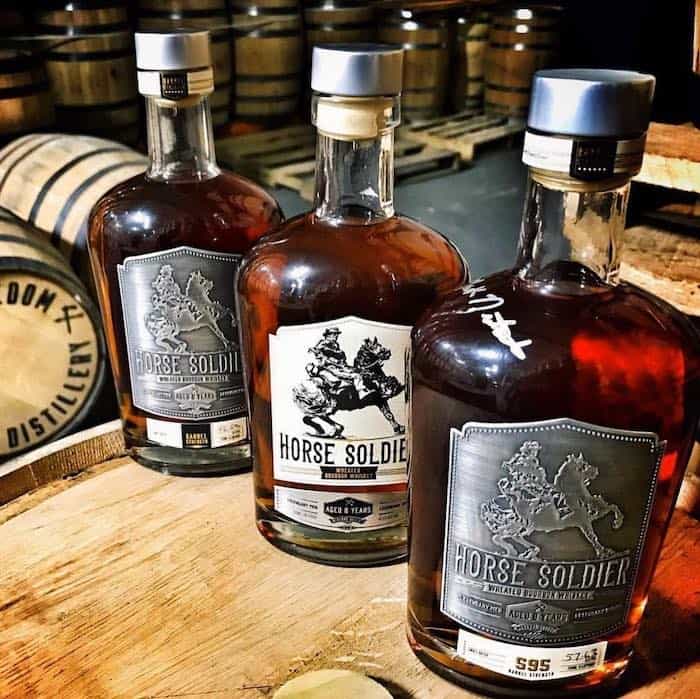 Nose: Boozy up front, brown sugar, with a hint of toasted oak.

Palate: Rich, with a punchy baking spice to start, a bit of heat, finishing with subtle molasses flavors. The addition of a touch of water opens up the whiskey, giving it more depth, with dark fruit flavors emerging from the background.

I'll admit to being skeptical upon first receiving this bottle. So many times, I've been disappointed by marketing-based products with pretty labels and such. I kept an open mind and opted to taste before getting into the background portion of this review.

Horse Soldier bourbon gets a win! I liked this one a lot and could easily see it being featured in any manner of spirit-forward cocktails, especially an Old Fashioned. It has all of the favorite characteristics of a winter sipper. A higher proof, rich, with belly warming flavors and a lingering finish.

Read More Whiskey News
Interview: What One Distillery Did To Gain A New Whiskey Still With A Grand History
4.0
User Rating 2.82 (157 votes)
Sending