Editor’s Note: This whiskey was provided to us as a review sample by Hooten Young. This in no way, per our editorial policies, influenced the final outcome of this review. It should also be noted that by clicking the buy link towards the bottom of this review our site receives a small referral payment which helps to support, but not influence, our editorial and other costs.

Hooten and Young is a cigar company that was established in 2018 by Norm Hooten and Tim Young as a way to “pay tribute to the brave men and women of the armed forces who have gone above and beyond the call of duty.” The company’s co-founder, Norm Hooten, has both served time in the Army  as well as on the screen; he is a former Delta Force Master Sergeant and you may have seen him in the role of Erick Bana in Black Hawk Down. Centered around the love of freedom, family, and honor, Hooten Young donates 10% of all profits to veterans’ charities.

The two collaborated with Master Sommelier George Miliotes, one of only 268 master sommeliers in the world, to create Hooten Young Barrel Proof American Whiskey as a flavorful way to honor America’s heroes (and, presumably, have something to enjoy alongside the brand’s cigars). The whiskey uses a mash bill of 99% corn and 1% barley, and is aged for 12 years in second-fill American Oak barrels. Distilled to 189 proof and originally barreled at 140 proof, Hooten Young Barrel Proof American Whiskey is not easy to come by; fewer than 3,000 bottles were bottled at 120 proof from second fill barrels. It is currently out of stock on the company website.

That said, the first batch of Hooten Young American Whiskey, bottled at 92 proof and distilled in the same exact fashion, is currently available. 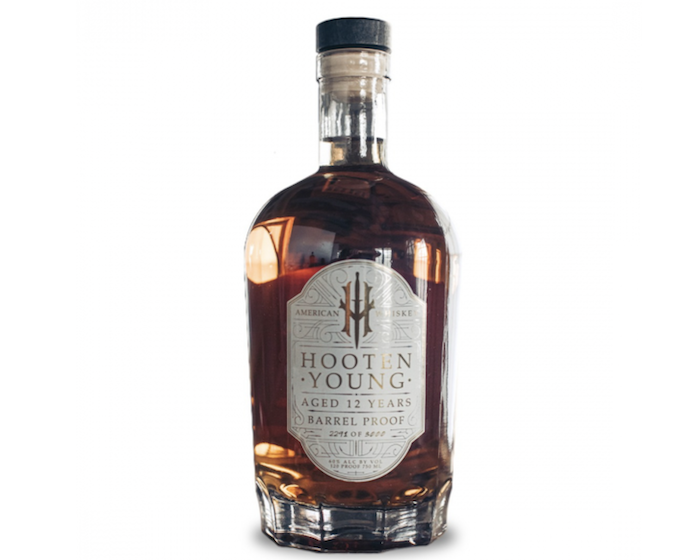 Nose: The smell invigorates me. It is fresh, powerful, yet easy to digest, with hints of cinnamon spice and baked apple. It makes me want dessert.

Palate: Direct, smooth, and flavorful. Tasting notes include maple, nutmeg, cinnamon, and the juicy, warm freshness of a baked pear, plus butterscotch and vanilla.

I quite like this one. I found it very strong to taste, but in a pleasant way. While I probably wouldn't pay $109.99 for a full bottle, I would be pleased if I unwrapped it as a birthday or Holiday gift.