Editor’s Note: This whiskey was provided to us as a review sample by the J.W. Rutledge Distillery. This in no way, per our editorial policies, influenced the final outcome of this review. It should also be noted that by clicking the buy link towards the bottom of this review our site receives a small referral payment which helps to support, but not influence, our editorial and other costs.

This may seem like some antiquated advice that you have heard thrown around as a way to exude confidence in a job interview or in the corporate world. But I now understand that I need to find out where Jim Rutledge shops.

Since his retirement from the job of Master Distiller at Four Roses Distillery after 49 years, Jim has certainly not slowed down. From doing contract distilling, to relaunching long-forgotten brands, to consulting with new projects that earned him the title of ‘Liquid Advisor’ with Blue Run ( I finally know what I want to be when I grow up). All of this well-earned merit is leading up to being a partner in his own distillery, the J.W. Rutledge Distillery.

That project has recently released a Straight Rye Whiskey selected and blended by Jim known as High Plains Rye. The expression features five different whiskeys of differing rye mash bills from four different states: Kentucky, Ohio, Indiana, and New York.  This is a bit of a new territory for Jim, as all of those years at Four Roses had him focusing and bourbon. This seems to be an opportunity to continue and grow in the field where he has contributed so much to so many.

Let us get to tasting and toast to Jim’s “retirement.” 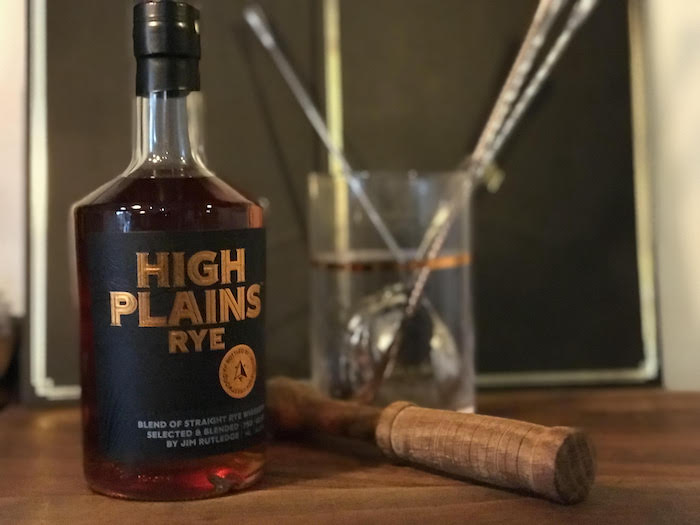 Appearance: Clear, with a clover honey tinge. The spirit appears to have a medium depth and slow pronounced rivulets forming on the side of the tasting glass.

Nose: At a medium approach, the whiskey presents light cinnamon spice and a honeysuckle sweetness. A second nosing reveals the impression of marzipan and praline.

Palate: The first sip offers a mild astringency indicative of a rye, but it also coats and engages the whole palate. The second sip is very reminiscent of almond, praline, and cashew, with a noticeable zip of cinnamon. Then we have a long , slightly sweet finish.

This is a nice dram and how I would recommend this is for the bourbon drinker who is curious about rye. This hints at the characteristics you look for in a rye without being overpowering. But, it also adds a touch of class and expertise that could set a standard for your future rye endeavors. Now, to figure out what a ‘Liquid Advisor’ wears to the office…

Family and friends of the...
READ ARTICLE 
Bourbon / Uncategorized