Editor’s Note: This whiskey was provided to us as a review sample by Hanson of Sonoma. This in no way, per our editorial policies, influenced the final outcome of this review. It should also be noted that by clicking the buy link towards the bottom of this review our site receives a small referral payment which helps to support, but not influence, our editorial and other costs.

Hanson of Sonoma is a family owned and operated distillery in Sonoma, California. Scott and Judy Hanson owned the Hanson Art Gallery in Sausalito, California for 30 years. Two of their sons, Chris and Brandon, had noticed the popularity and flavor of French vodka brand Ciroc, which is made from Bordeaux grapes, rather than the traditional potato-based vodkas.

Living in the heart of the California grape and wine industry, the two convinced their parents to start their own grape-based brand of vodkas. They worked with several groups to make the most natural and organic product they could; groups such as California Certified Organic Farmers, The Gluten Intolerance Group, and the Non-GMO project. Soon, the whole family was involved; Scott and Judy, Chris and Brandon, as well as their other son Darren and their daughter Alanna.

While their main focus has been on vodka, they have recently entered the arena of American whiskeys as well. Their first whiskey outing is their Double Barrel American Single Malt Whiskey, stated to be a blend of tradition and technique from both Scottish and Japanese whiskey. They start their process with four distinct malted barleys, then they age the whiskey for four years in bourbon barrels.

The Japanese tradition they follow is to then cask-finish the whiskey in a variety of different barrels, including Spanish Oloroso sherry casks. These sherry barrels help to impart a sweetness to the whiskey. 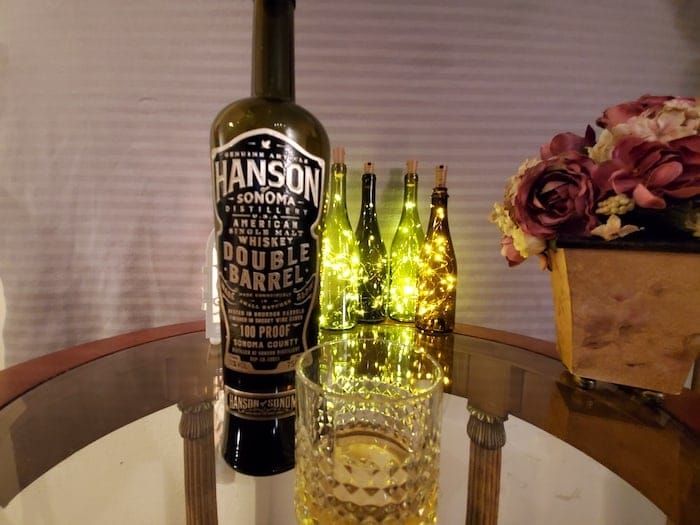 Vital Stats: This single malt whiskey is bottled at 100 proof (50% ABV), and aged 4 years in bourbon barrels before finishing in wine barrels. It currently sells for about $125 a bottle.

Nose: First hit with a strong woodiness, with a slight hit of sweet fruitiness behind it. A nice subtle hint of vanilla as well.

Palate: First hits your tongue with a strong hit of spiciness. After that initial bite, there is a nice hint of chocolate or toffee. While the initial flavor is spicy, you can definitely taste the sweetness of the sherry casks in the aftertaste.

I would say this is an interesting venture for a company that has focused so strongly on grape-based vodka’s. And, they seem to make the transition fairly smoothly. It is definitely one of the top notch American single malt whiskeys I have had.

4.0
User Rating ( votes)
Sending
10
Shares
898
Views
Share on FacebookShare on TwitterGet Our Newsletter
Cheers to the Dads! Personalize a bottle of his favorite whiskey to create a modern gift for the modern man. Use code: FATHERSDAY20 for $20 off your next order of $100 or more at ReserveBar