Editor’s Note: This whiskey was provided to us as a review sample by Hamilton Distillers. This in no way, per our editorial policies, influenced the final outcome of this review.

Craft distillers are always trying to capture any number of qualities in the bottles they produce, from the concrete to the more obscure — throwbacks to the earlier days of distilling, an homage to a region or culture, specific notes.

In the case of Hamilton Distillers, it’s all about bringing the flavors and terroir of Tucson, Arizona to life in a southwestern and distinctive twist on single malt whiskey.

In 2006, Stephen Paul was sipping a Scotch and barbecuing over mesquite scraps from the custom furniture company he and his wife own in Tucson, Arizona when inspiration struck. Why not produce single malt straight whiskey that’s dry malted over mesquite, rather than peat? They started out doing just that with a 5-gallon alembic pot-still from Portugal, and expanded to a 4-gallon pot-still in 2011 when Paul and his daughter Amanda formally founded Hamilton Distillers.

Paul seems driven by his passion for the nuanced production process, his vision and expectations for crafting a spirit representative of the American southwest, and for community. All barrels are hand-bottled by volunteers (who are “paid” with a free bottle of whiskey), and all bottles are hand-signed.

Under the helm of Master Distiller Nathan Thompson-Avolino since 2013, three mainstay Whiskey Del Bac expressions are produced (including the Dorado), along with an evolving fourth known as the Distiller’s Cut. The Distiller’s Cut bottlings are cask strength, American single malt expressions billed as “never sourced, never chill filtered” blends produced in small batches two to three times each year. The malts, cask types and finishing methods used vary each year.

Here, we dive into Distiller’s Cut 19-3, the most recent offering. 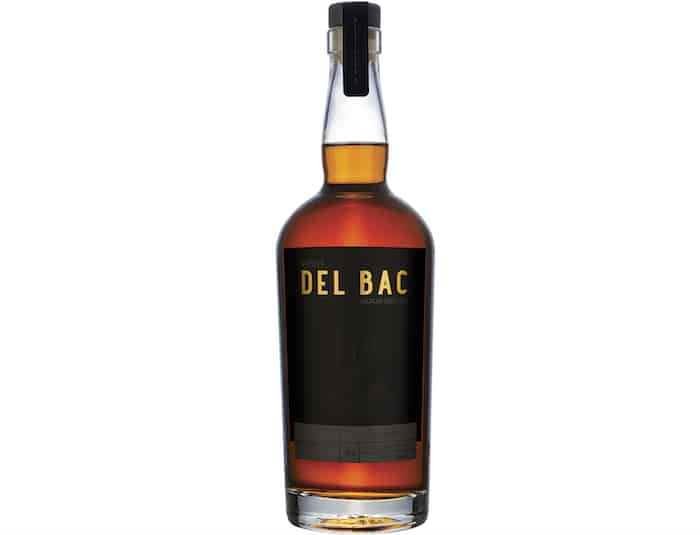 Vital Stats: This batch is a blend of smoked and unsmoked cask strength single malt whiskey, finished in Madeira, de-classified Cognac and Extra Anejo Tequila barrels. Bottled at cask strength of 116.3 proof, retailing for $85 and distributed in NY, AZ and CA. 1650 bottles of this expression were released in 2019.

Appearance: Dark and ruddy and moody.

This is big and bold and packs a punch. It’s rich, but not heavy, and versatile — begging to be savored on a cozy winter evening.