Editor’s Note: This whiskey was provided to us as a review sample by Green River Distilling. This in no way, per our editorial policies, influenced the final outcome of this review.

Resurrected from the rubble of a pre-prohibition fire, the distillery formerly known as O.Z. Tyler, alongside its master distiller Jacob Call, has reintroduced a fabled name, Green River, to the market with a pending Kentucky Straight Bourbon Whiskey. Once the talk of the town, bad luck and a series of sales had left the Green River name for dead until recent times, when plans were made to bring the legendary name back.

From the legend of being the most expensive whiskey ever sold, to the accolades and awards from around the world, the Green River name once carried the weight of American whiskey on its shoulders. After a devastating fire at the distillery in 1918 and the introduction of prohibition, J.W. McCulloch could no longer maintain the label. Those behind its resurrection worked closely with John’s great-grandson Rob McCulloch to bring it back.

“I’ve always wanted the distillery’s name back at its original location in Owensboro. It completes the story my great-grandfather started in 1885,” Rob McCulloch said recently.

This dramatic tale makes for a great story and the idea behind building on another’s name is not new, nor is it fraught with more or less pitfalls than starting fresh. For now I only have a sample of their upcoming Kentucky Straight Bourbon to try, and I am going to have to go on the idea that they need to take a little more time and discipline to establish a fresh palate before popping too many corks. 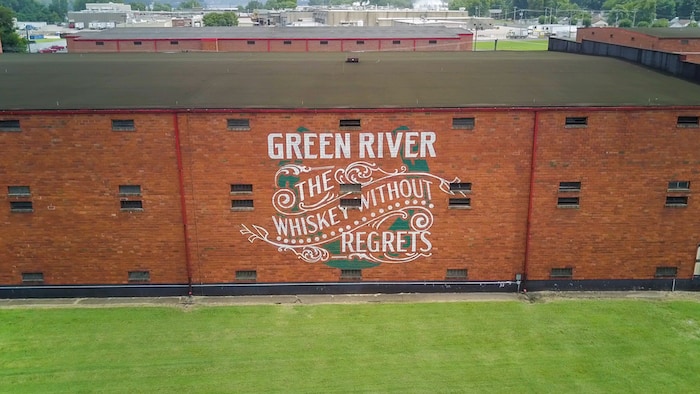 Vital Stats: Aged 3 years 9 months, our sample of this bourbon was bottled at 117 proof. It is distilled from a mixture of 70% Kentucky corn, 21% rye, and 9% malted barley.

Nose: The nose is highlighted by brown sugar and vanilla with a hearty amount of oak. Further in you can also catch the scent of red apple and even a bit of oatmeal raisin cookie.

Palate: It has a heat that builds with every drink to a sharper prickle. It is less distracting over ice, but still lingers a bit longer and more up front than I prefer. The flavors mix together to elicit the thought of a stale spiced fruit cake that had grain alcohol poured over it to make you ignore the dryness of the bake. It has a light mouthfeel. There is a hint of oak on the back of the tongue. Sweet corn comes through as the drink progresses and it has a peppery note that arm wrestles with the cinnamon for dominance on the palate.

My overall impression is that this distillation needs longer to mature. It has a lot going for it with their marketing and the intention behind the flavors, but it has an immaturity that I can’t get past. It is best over ice where the melting disperses and balances the flavors a bit better. I hope the company continues and is able to reach the level of appreciation that the original company was able to before their cursed end. But for now, I will stick to my more mature offerings that have worked out their balance issues and have more than the flash of good marketing to keep them pouring.