Referred to as the “powerhouse favorite” of the Buffalo Trace Antique Collection, George T. Stagg is a cask-strength bourbon geared towards people who like their whiskey unapologetically big, unashamedly bold, and lip-stingingly spicy—at least, that’s its reputation.

The release of the Antique Collection—BTAC for short—is a hotly anticipated event in the bourbon world, and while the manufacturer’s suggested retail price is a modest $90, most people end up paying a lot more, either because they buy their bottles on the secondary market, or because their retailers mark up the bottles in response to enormous demand. 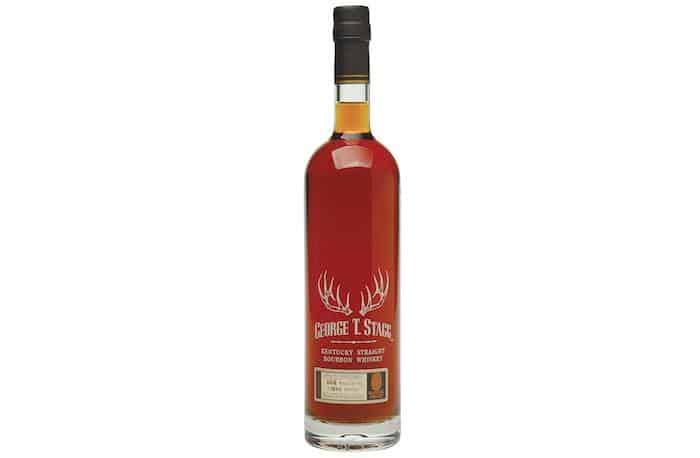 Palate: Spice leads off, with a flash of fresh, fruity flavors in the mid-palate before settling into a lovely array of chocolate fudge, leather, tobacco, and polished wood. There’s a strong mineral backbone, too, with more spice—nutmeg, pepper, clove—coming through in the finish. Lush and flamboyant, this is classic bourbon with presence and chutzpa.

Water kills it. I tend to prefer cask strength whiskey with a bit of dilution, but this one seems to be at just the right proof.

George T. Stagg manages to be bold yet graceful, masculine yet nuanced. It hits every bourbon button head on, and somehow manages to be dangerously drinkable even at this huge proof. Nice work, Buffalo Trace—this is my favorite of the 2017 Antique Collection.