The Four Roses 2019 Limited Edition Small Batch is here! The brand behind it was officially trademarked in 1888 by Paul Jones, Jr., giving this American whiskey label a rich and interesting history. A popular bourbon in the early 1900s, it was purchased by the Seagram company in 1943. By the late 1950s, the company decided to stop marketing Four Roses in the United States, and focused on selling in Europe and Asia, where it became a very popular brand there as well. In 2002, upon new ownership of the distillery, Four Roses Bourbon was once again marketed in the United States.

What makes Four Roses unique in the bourbon industry is that they are the only distillery to combine two mash bills with five yeast strains, which produces 10 distinct recipes. While most distilleries would consider 20% or more rye in their bourbon a ‘high’ rye percentage, the lower of Four Roses two mash bills comes in at 20%, with their other at 35%. Their five yeast strains consist of delicate fruit, rich fruit, slight spice, herbal notes and floral essence. 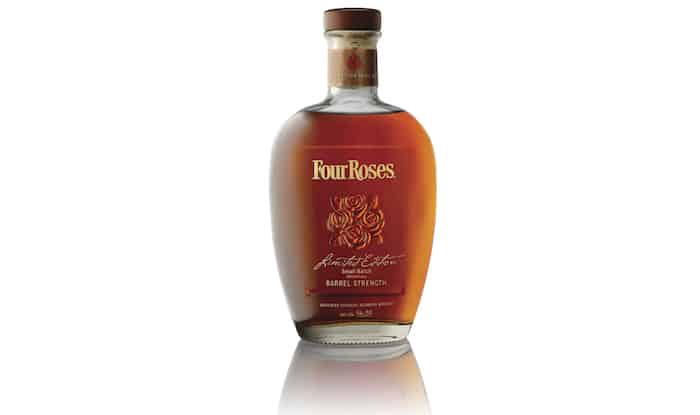 Palate: The first flavor that hits is definitely the oak barrel flavor, followed by a nice touch of spice, and a tough of fruit and vanilla flavors.

At 112.6 proof, the Four Roses 2019 Limited Edition Small Batch is definitely a very strong spirit! This is definitely bourbon to be sipped and enjoyed slowly. It has a nice bite and heat on your first drink, but the lovely flavors soon come through. Most definitely a bottle you would want to keep for those very special occasions or guests.

Just an average guy with a background in food service and retail management. In my mid 20’s I developed a deep love of whiskey based drinks. After receiving a bottle of 15 year old Scotch whiskey as a birthday present, I soon began a yearly ritual of trying a new...