While 2020 has not given us much to look forward to, the Buffalo Trace Distillery released the Antique Collection on schedule this fall. Buffalo Trace first launched this special collection in 2000. It includes the George T. Stagg, the William Larue Weller, the Thomas H. Handy Sazerac Rye, the Sazerac 18 Year Old, and the Eagle Rare 17 Year Old.

Over the years, the Buffalo Trace Antique Collection (BTAC) has gained notoriety. The bottles retail for $99, but if you search online you’ll see them go for much higher. While the Antique Eagle Rare has a 17-year-old age statement, it is actually aged over a year longer. This will increase the price on the secondary market, as it is rare to see bourbons aged over 15 years.

The 2020 Eagle Rare 17 Year Old in the BTAC pays tribute to the 1974 launch of the Eagle Rare Brand. In fact, at that time, it was bottled at 101 proof. Once again, the 2020 Antique Eagle Rare goes back to its roots at the same proof. Similarly, the 17-year-old Eagle Rare is mellow like the Antique Sazerac 18 Year Old. In the 2020 BTAC, it ranks fifth, but I would choose this whiskey over the other Eagle Rare bourbons.

This 101 proof whiskey was distilled in Spring of 2002 and aged on the first floor of Warehouse P.  The 2019 release of this bourbon was named “Best of Category” at the Los Angeles International Spirits Competition.  This bourbon has a nose of ripe cherries, vanilla cream and oak, followed by a taste of caramel and coffee and a long finish of oak, pepper and fresh herbs. 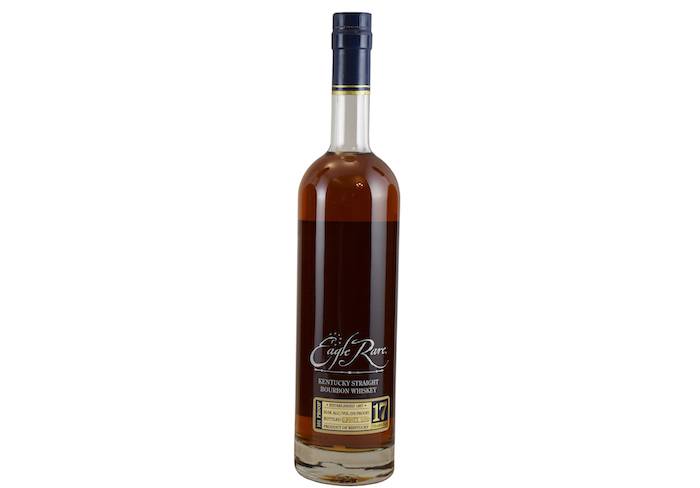 Nose: Demerara sugar and sourdough start off this dram. The whiskey is reminiscent of cinnamon rolls. Oak is bold with cherry near the end.

Palate: Cherry overwhelms and almost masks the nutty undertones. Lemon zest brightens up the whiskey. Baking spices like nutmeg and cinnamon provide a little heat. Oak and the other flavors in the profile dissipate leaving only brown sugar on the finish. Overall, the mouthfeel is incredibly soft. The whiskey is also mellow.

In general, I am not an Eagle Rare fan. While the Antique Eagle Rare 17 Year Old (technically 18-years-old) is a good bourbon, it just doesn't wow compared with the rest of the collection. It does stand alone, but it's too mellow. I enjoy the nutty undertones, and the nose is delightful. At 101 proof, it doesn't drink hot and allows you to discern the flavors.